This is too cool: Airportcod.es,В a site dedicated to the backstories of airports’ three-letter abbreviations.

Others have made me think, whaaaaaaaaa??—likeВ MSY for New Orleans, EZE for Buenos Aires. (Click the images below, if you’re curious!) 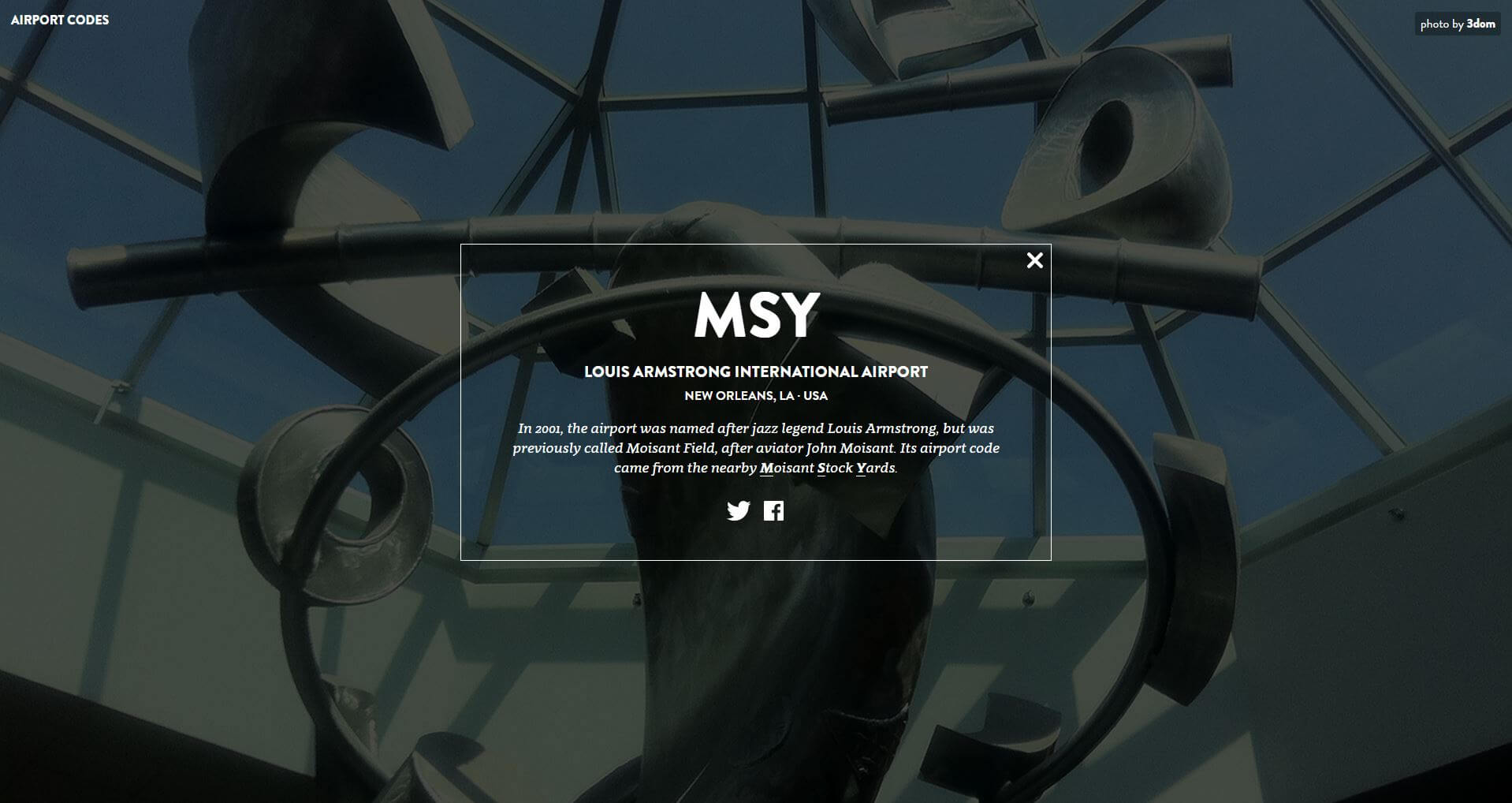 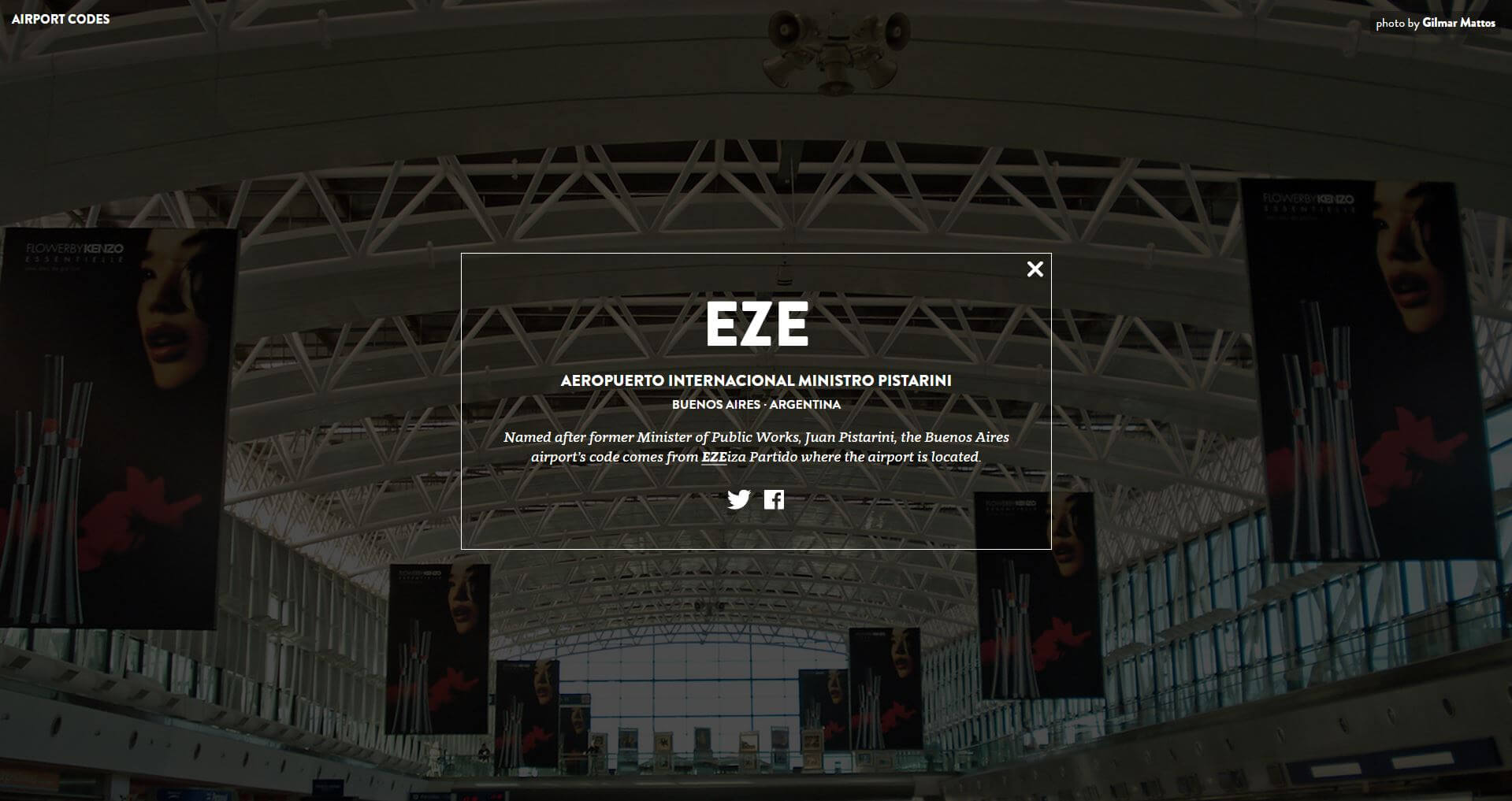 I’m glad that I now have an easy place to go to demystify them. Airportcod.es currently hasВ 369 airports from 91 countries, and the sites’ designers/developers, Lynn Fisher and Nick Crohn are adding more each day.