Going back to work after a looooooooong summer weekend is never easy, so I was tickled when I came across Kitt Santos‘s amazing blog, Little Bunny. Big World .

The name is pretty accurate. Santos depicts a little rabbit going through the stuff we humans feel every day.

This particular illustration, entitled “You’ll get there,” resonated with me. 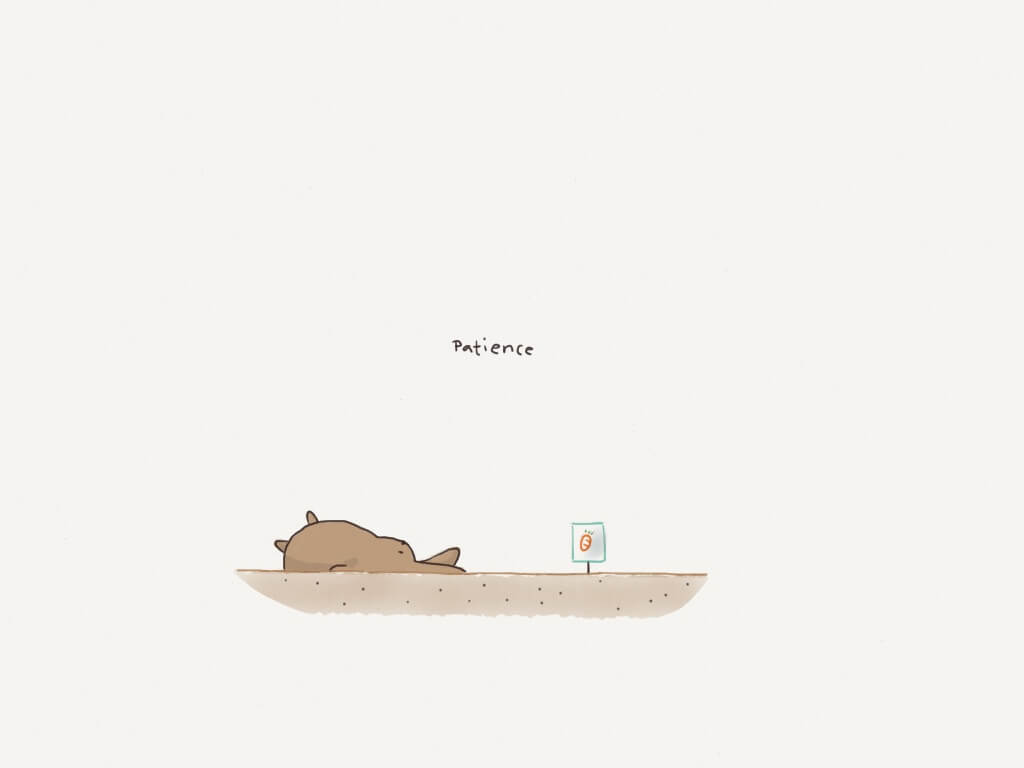 I’m not exactly a patient person. I like to feel like I’m always in motion, working towards my next goal or latest project. It’s not always easy for me to accept that some things are out of my control, and that sometimes I have to wait—and find peace in those moments.

ButВ I’ve found a way to help myself through those times. I’ve long used the expression “planting carrots” to describe planning fun things to look forward to—especially trips and vacations. Knowing that I have an upcoming getaway helps me throughВ life’s ups and downs, likeВ the annual long slogВ orВ a super-busy period at work. Anticipating those carrots makes me feel as zen as that bunny.

And speaking of carrots, I’ve actually planted a few more in the past week: In addition to my upcoming Chile trip, I also booked a weekend to visit my dear friend in Indiana, and an end-of-summer trip to London and another TBD destination with my best friend. Hooray for carrots! 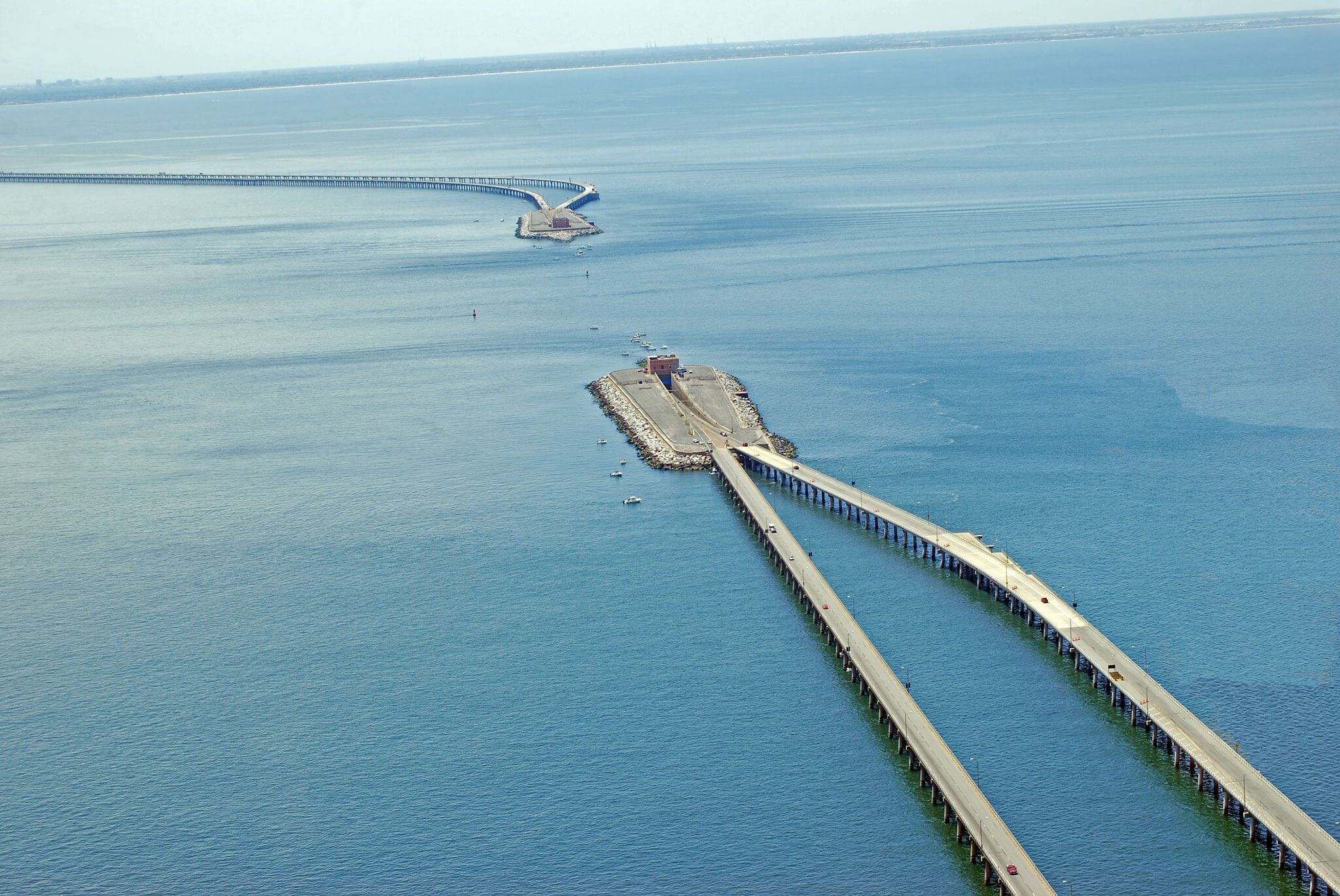 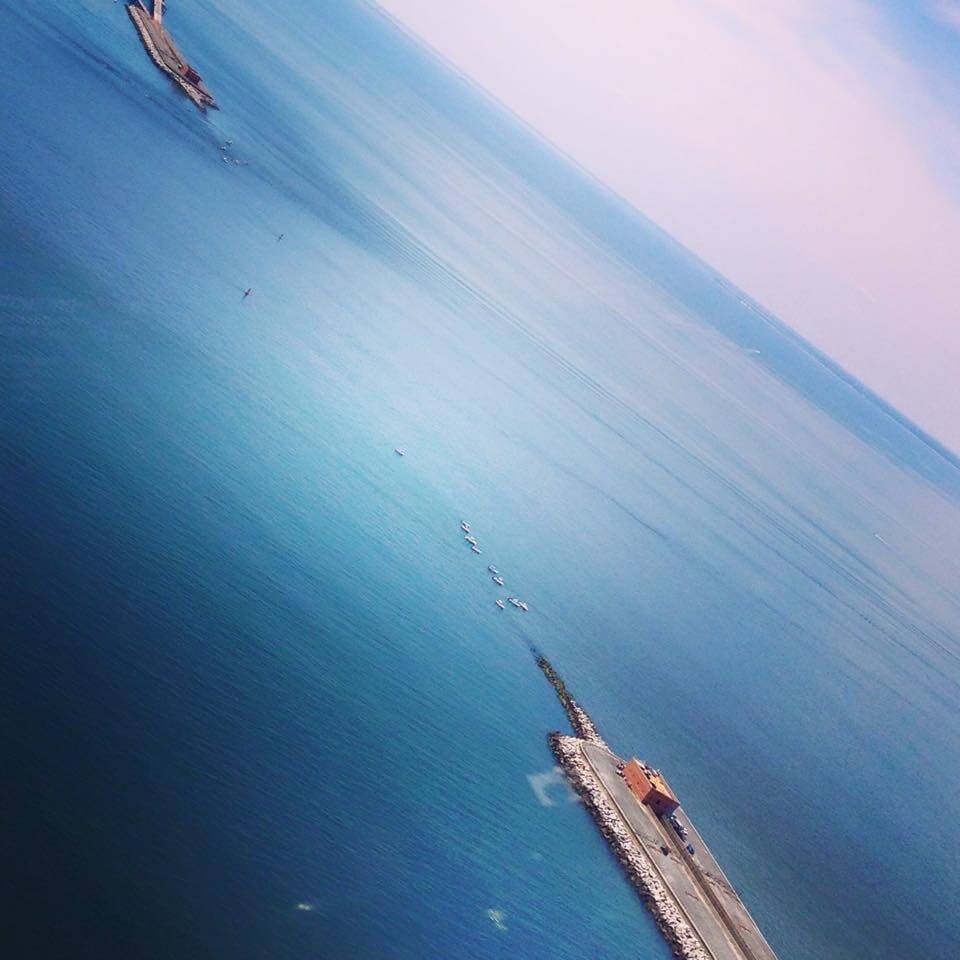 And while we’re on the subject of awesome aerial photos, check out the Daily Overview.

The project, founded by NYC-based Benjamin Grant, was inspired by the Overview Effect:

This term refers to the sensation astronauts have when given the opportunity to look down and view the Earth as a whole. They have the chance to appreciate our home in its entirety, to reflect on its beauty and its fragility all at once.

Grant strives to give viewers that same feeling by showcasing thought-provoking aerials of places around the world where people have affected the landscape.

The images are beautiful and often astounding—and they really do make you think. A few of my favorite recent images include the Istanbul Shipyard… …and Lollapalooza in Chicago. (Images via the Daily Overview)

The photographer is known for his amazing aerial shots and is currently working on a book of NYC images.

I linked to some of his NYC photos last summer, and discovered a new trove of his work via his @newyorkairbook Instagram account. (He actually shot the photo of that amazing West Village rooftop cabinВ that I posted yesterday.)

A few of my favorite photos below, though his whole account is definitely worth a browse and follow.

Photograph by George Steinmetz @geosteinmetz / @thephotosociety The playground P.S. 48, at Broadway and W 185th Street, becomes an artful memorial when seen from above. The adjoining school was named after Michael J Buczek, a New York City police officer who was killed in the line of duty in this #WashingtonHeights neighborhood in 1988.

Photograph by George Steinmetz @geosteinmetz / @thephotosociety The Mercedes House, at 550 West 54th Street, was designed by Enrique Norten with a reverse вЂњZвЂќ footprint to give west-facing river views and patios to the maximum number of tenants. Its lower floors include stables for a dozen police horses and a five-story Mercedes-Benz showroom. #WhoKnew?

Photograph by George Steinmetz @geosteinmetz 230 Fifth Avenue is an elevated oasis above the streets of Manhattan. It claims to be the largest outdoor rooftop bar and restaurant in the city, which seems to be true. In winter months itвЂ™s partially heated, and customers are given hooded red fleece robes to stay warm. The management has even experimented with inflatable heated igloos. #bookparty?

Photograph by George Steinmetz @geosteinmetz / @thephotosociety The first weekends of warm spring weather brings droves of New Yorkers out of their apartments to picnic and sunbathe in Central Park, as seen here on this little patch of grass between the Great Lawn and Turtle Pond. #SPF30 #passthemayo

(Images by George Steinmetz via @newyorkairbook)

As a native New Yorker, I’ve spent most of my life believing that I’d always live in Manhattan—or at the very least, one of the boroughs.

Only recently have I started feeling a bit worn from city living. The crowds and subway are exhausting, and I’d like a little more space, sunshine and fresh air. I’ve wonderedВ whether I could actually move to a small house somewhere in the Hudson Valley.

And then I think about all the things that keep me here: daily ballet classes with great teachers and accompanists. The convenience of a 24-hour city. Being able to eat any type of cuisine I’mВ craving.

This week, IВ found a solution to my dilemma, via Gothamist . They’ve uncovered country-style cottages atop NYC buildings, one in the East Village… …and one in the West Village. How amazing do they look? Sure, there’s less green space than you’d find upstate. But how nice would it be to enjoy the benefits of the city while relaxing in your own little cottage?

Now if only I could afford one!

When I was up north last month, for the Maine Coast Bosom Buddy Relay, the race was clearly the highlight of the trip. But I also had a great time exploring the stretch of coast from Kennebunkport to Portland.

Since the race was in Biddeford, I wanted to stay somewhere nearby. After a bit of searching online, I came across a little beach cottage for rent in Saco, a neighboring town. While it wasn’t big or fancy, it worked well for our purposes. It had two bedrooms and an enclosed porch that served as a third, which more than accommodated five of us.

Plus, it was on the same block as the beach! And luckily, the weather was in the 80s for two of our four days, which gave us some much-appreciated sun time. Run of the Mill Public House and Brewery: I love trying new breweries, and this was our first stop when we arrived in Maine. We sat outside and had beers and a late lunch.

The Portland Pie Co., which has some of the best pizza I’ve ever eaten outside of NYC. It was so good, we had it three times (!!!) in four days: for dinner the first night we were in Maine; at the race, where each finisher received a slice; and the day we were heading back to NYC! I highly recommend a veggie-laden pie with the beer crust.

Biscuits & Company, another restaurant that we visited multiple times. It’s a bright, airy cafe that specializes in its namesake. We had breakfast there the day before the race—delicious biscuit sandwiches that were crispy and salty on the outside, and rich and soft on the inside. And on Sunday after the race, we went back for Mother’s Day brunch. Huot’s Seafood Restaurant: Hunt, the caretaker of our cottage, highly recommended this place, just a quick drive away. We went for dinner the evening after our race and the place was packed! The restaurant is larger and nicer than it looks from the outside, and once the food came, we could see why it was so popular. I loved the clam chowder and every bit of my whole lobster. Portland and Cape Elizabeth
The day before the race, we drove into Portland for the sole purpose of going to Lululemon. (Yeah, I know!) I needed running pants and a wicking shirt. Plus, I’d never been to Portland.

I could easily see the appeal of the city. It’s small, walkable and has a cute downtown with stone streets. We picked up my running gear at Lulu, and then spent a few hours exploring the nearby streets. We loved Sherman’s bookstore; the Coastal Maine Popcorn Co., a place that sells popcorn in every flavor; and the Holy Donut, which features potato doughnuts. Of course, we had to try the chocolate sea salt one.

From there, we drove to Cape Elizabeth.

We grabbed lunch at the Lobster Shack. It has the look and location of your classic New England joint: perched on a rocky shore, and decorated to the brim with fishing paraphernalia. 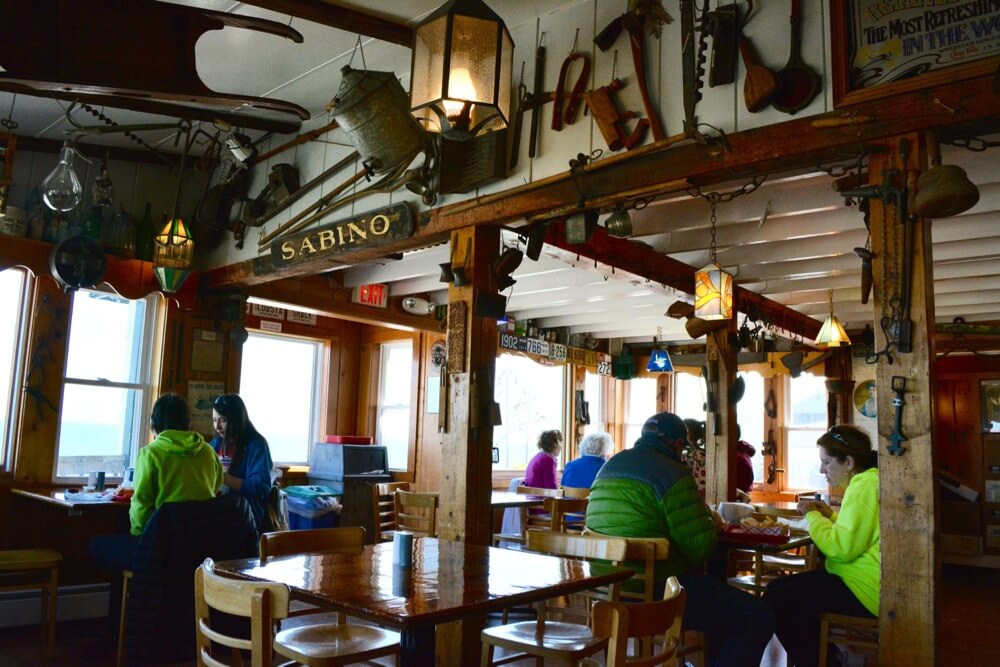 Yet, the lobster rolls, though pretty, didn’t blow us away. But watching the waves crash against the shore outside the restaurant, afterwards, made the trip worth it. Afterwards, we drove north to Portland Head Light, a beautiful lighthouse in pristine condition. I’ll admit, as we were walking up to it, I couldn’t help but think, “Oh yes—this is what a Maine lighthouse is supposed to look like!” Kennebunk
After the race, despite the free pizza and beer at the end, we wanted a proper celebratory seafood lunch. We opted for the Clam Shack, in Kennebunkport, which had just reopened for the season.

This was my favorite lobster roll of the trip. The meat was so fresh and sweet. Kennebunkport is a cute little tourist town, but by the time we’d finished lunch, we were zonked—getting up early for the race caught upВ with us. We were too tired to explore, but we mustered up enough energy to go to Rococo, an amazing ice cream parlor with flavors like goat cheese and blackberry chambord swirl, honey vanilla and whoopie pie.

It was worth it—as was running a road race just to have a good excuse to travel! I’m so happy. I just purchased a flight to Santiago—I’ll be going to Chile for nine days in October!

This trip was a bit of a whim. The last few months have been a bit crazy, with so much going on. And I’ve just noticed that the year is half over—so I’m overdue to plan a big trip to look forward to.

I’ve wanted to go to Chile since I flew through Santiago on my way to Buenos Aires.В I remember looking out the airport windows, seeing the mountains, and thinking that the landscape looked pretty awesome. Plus, it’s a fascinating country—long and skinny, with so much between its northern and southern points. Accordingly, it has a lengthy coastline. And you know how much I love the beach.

Right now, I’ve yet to plan my itinerary. But I’m considering a few days in Santiago, and then the rest of the time hopping around various coastal towns.

If you have any recommendations, please let me know!

…and in the meantime, it’s time to start brushing up on my espaГ±ol.