On Saturday, I went toВ RockawayВ to get my beach time for the week. As much as I love being by the ocean, I’ll admit that I was feeling a little weary of crowds.

Most NYC-area beaches—Rockaway, Jones, Robert Moses, Long Beach, Coney Island—are pretty packed on the weekends. And for good reason! Everyone wants to get away, even if only for a few hours.

I do love seeing so many people escaping the city and enjoying the sand and surf. But the overall experience isn’t all that relaxing. You’re surrounded by others—and their conversations and music—at all times. While there, it’s hard to feel calm and peaceful when you can barely hear the waves over all the din.

I’ve been lucky to travel to beaches that have been both beautiful and deserted. This weekend, I was thinking about them and wishing I could transport myself back to:

Last year, Mal, Peter, and two friends and I rented a house on Eleuthera. We stayed in a sparsely populated part of the island, and our house was set on a gorgeous, private beach: 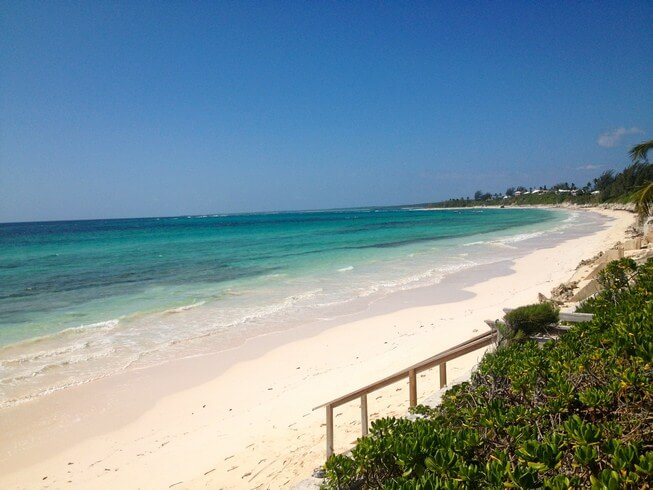 Each day we got to enjoy the soft sand and blue waters without seeing a soul.

OurВ rental also gave us access to the owner’s boat and a captain who could take us out. Of course, we had to take advantage of that! Our captain, Sidney, took us toВ Water Cay, a tiny islandВ off Eleuthera’s Caribbean coast. It was absolutely deserted, with calm, clear water and fine white sand. 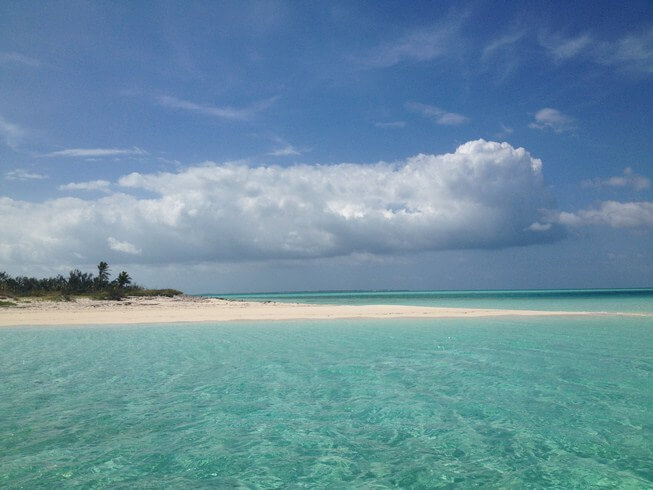 It was easily one of the most spectacular beaches I’ve seen in my life.

Mal and I went to Big Corn Island in August 2009. The island, and its sister, Little Corn, are located about 40-miles off the coast of Nicaragua, in the Caribbean. They’re known for being remote and relatively undiscovered by tourists. At the time, that certainly proved true.

We flew to the island on a tiny prop plane, and as we descended, I could barely spot any signs of life. Big CornВ looked deserted. And once we got out of the plane, weВ saw that it basically was.

To be honest, I felt a bit uneasy at just how isolated the island felt. There had been a spate of armed robberies against travelers on the islands, right before we arrived. The first night, our hotelВ was a ghost town—just two or three other rooms were occupied. And the phones and internet were down. The sun set at 6 p.m. and plunged the island into pitch darkness.

But during the daytime, I was able to forget my misgivings a little, thanks to this amazing beach we had to ourselves: 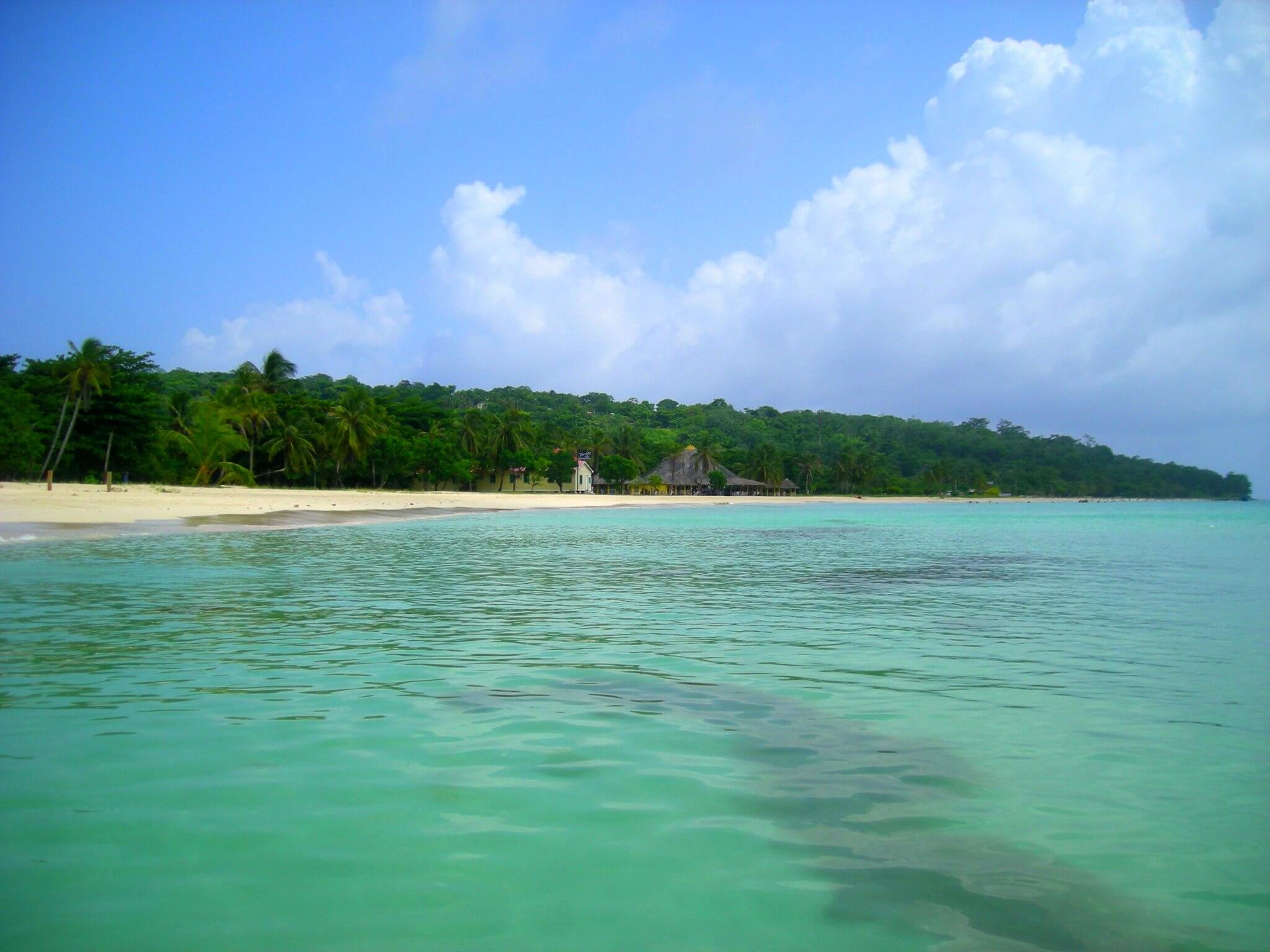 In case you’re wondering, I felt much safer on Big Corn, as the days passed. A small documentary film crew arrived at our hotel from the mainland, as did a few more Nicaraguan travelers. Mal and I had a great time chatting with them—it was just enough people to make the hotel feel less like a horror-movie-waiting-to-happen, but not nearly enough to make the place feel crowded. And the island was just so wild and beautiful, it was impossible not to feel affection for it.

New Jersey?! Yes, that’s correct! We rented a house on LBI in early June, before summer season really started—which meant that every day, the beaches looked like this: 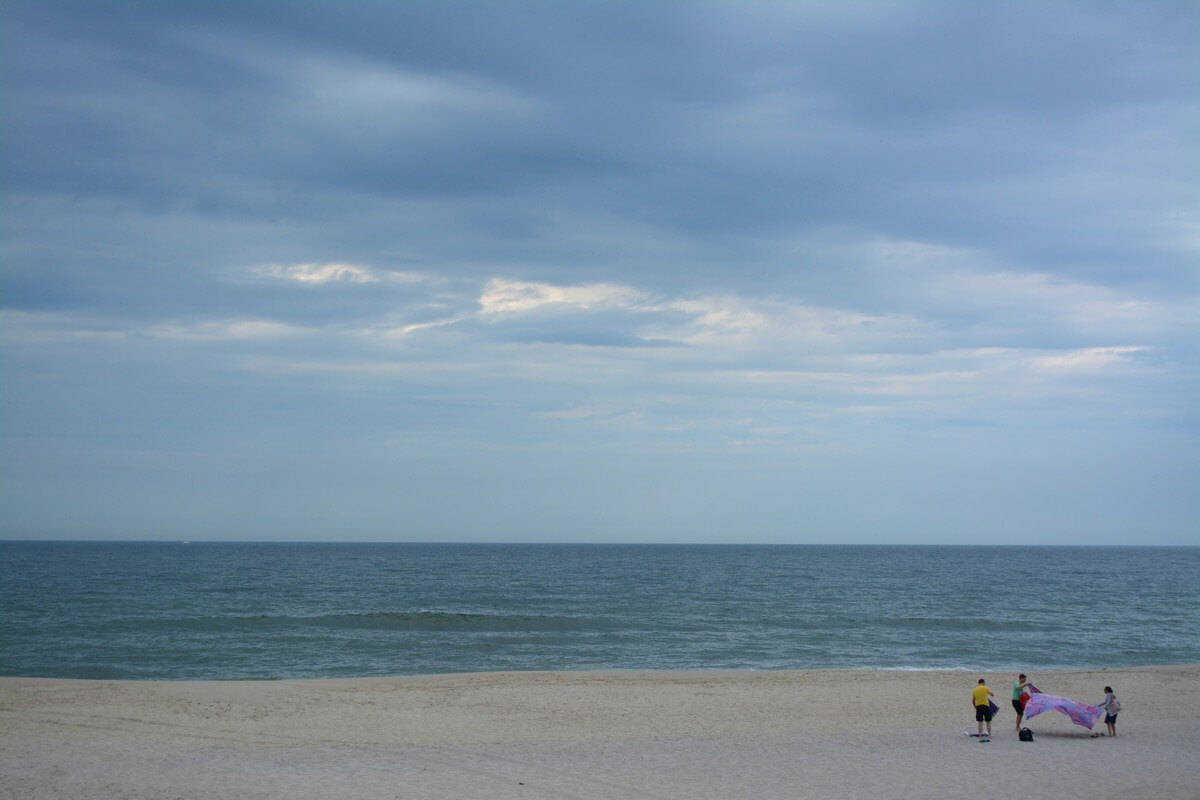 Sure, LBI doesn’t haveВ fine white sand and crystal-clear water. But it was still a nice, deserted beach that we had all to ourselves for days. I’m so nostalgic for that!