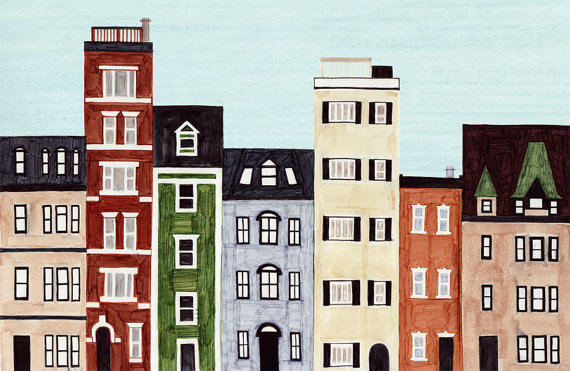 Even though it’s colder in Boston than it is in NYC, I’m excited to be heading there for the weekend. It’s nice to get away, this time of year, no matter where!

My father has a bonsai booth at the New England Flower Show, so Mal, Peter and I will be stopping by to see him, as well as catching up with friends. This is also the final few days ofВ Boston Ballet’s В “All KyliГЎn” program which, as its name states, features three works byВ JiЕ™Г­ KyliГЎn. I’d love to see it—especially since Ailey’s performance ofВ KyliГЎn’s “Petit Mort” В wowed me in December—but am not sure I’ll be able make the Saturday show. I am planning to take class at Boston Ballet, though—a good way to offset some of the eating I’m planning to do!

The image above is an illustration of the Back Bay, by artist Anna See. I love how she captured the historic buildings in one of Boston’s prettiest neighborhoods—where I was lucky enough to dorm, for a few years, as a BU student. Of course, once I had to rent my own apartment, the Back Bay was way out of my price range!

Happy Friday! How are you spending the weekend?