While I haven’t been watching much of the World Cup, I do appreciate the effect it has on the city. I love walking by fansВ clad in their nationalВ colors, spilling out of bars or huddling around TVs in shop windows.

It makes me feel like I’m in another country—pretty much any other country than here, where this kind of communal viewing is common.

Today I stumbled upon an amazing site, Global Soccer, Global NYC , that wonderfully illustrates this phenomenon. Its founders,В Braden Ruddy, Owen Dodd and Rob Navarro, depict NYC soccer fans watching matches in gathering places (usually bars and restaurants) relevant to their home countries. The photos and accompanying text give a nice snapshot of the countries, their teams and NYC’s immigrant communities: 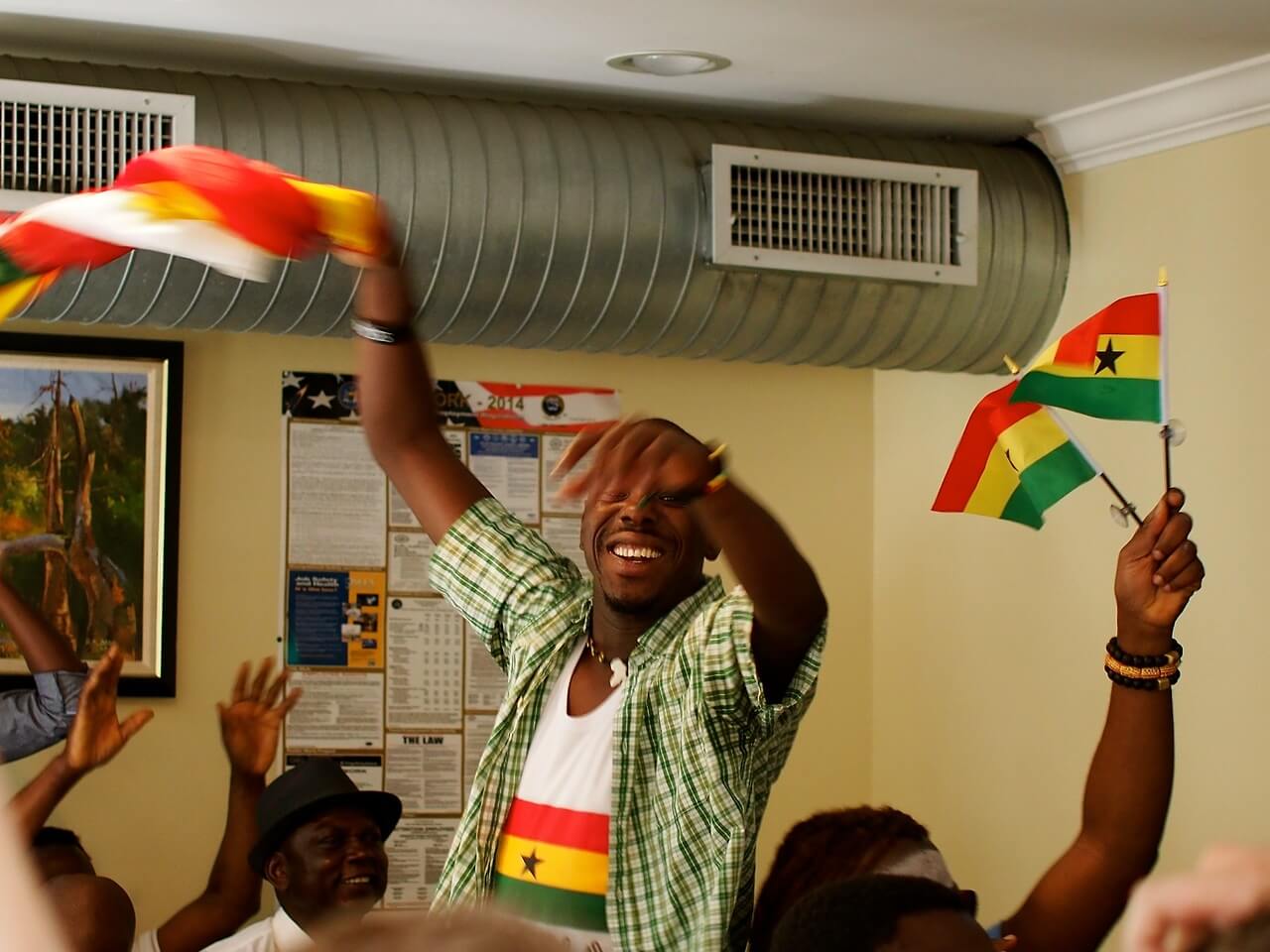 Ghana vs. Germany at Papaye Restaurant, The Bronx 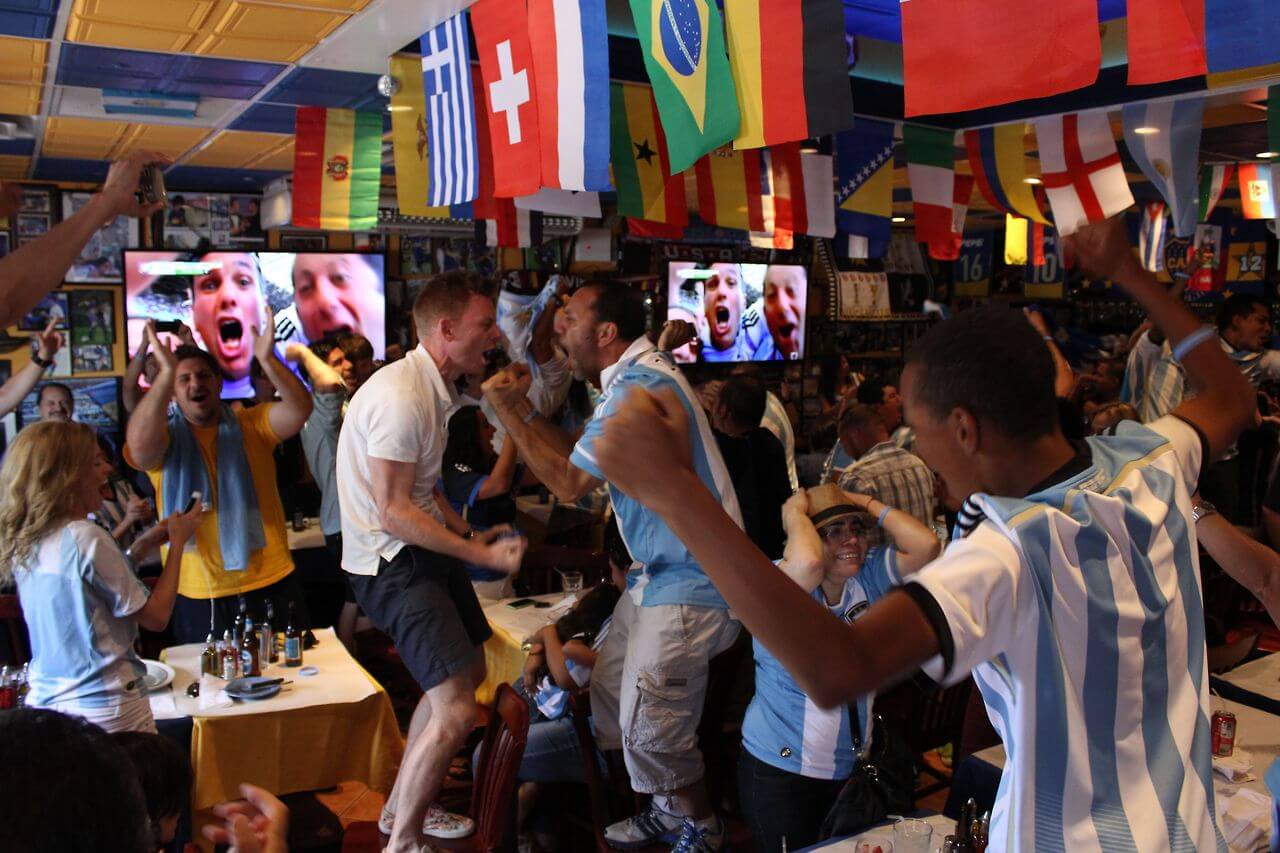 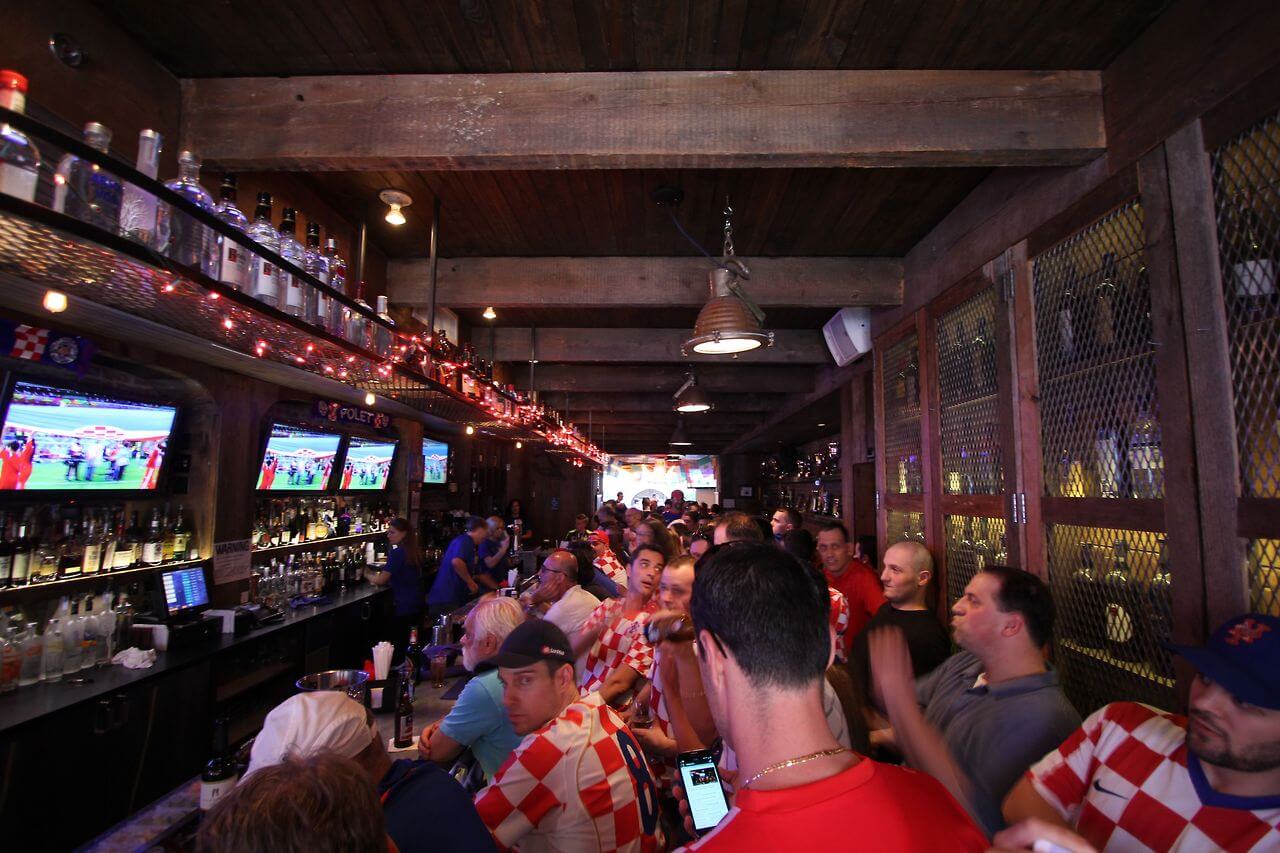 Croatia vs. Cameroon at Veslo, Astoria I’m definitely going to be keeping up withВ Global Soccer, Global NYC.В (And checking out some of those bars and restaurants!)

When I was watching the parade of nations on Friday, I couldn’t get over how incredibly attractive all the Olympians were. Beach volleyball players, runners, tennis players, divers, weight lifters, judo athletes, shooters–everyone, men and women alike, from every single country, was super good-looking. One of my friends even posed this question on Facebook: “Is it me or did the flag bearers have to pass a hot or not test to walk?”

Apparently, the athletes also find each other wildly appealing, as ESPN reported in a crazy/hilarious story about the debauchery that goes on within the Olympic Village. The place basically “turns into a frat party with a very nice gene pool,” according to one athlete.В When they’re not hyper-focused on their events, the Olympians are celebrating (i.e. drinking) like maniacs, prowling for hook-ups and engaging in lots and lots of sex. (None other than Ryan Lochte estimated that 70-75% of athletes hook-up during the Games.)

My favorite line from the article:

On the way to practice fields, “the girls are in skimpy panties and bras, the dudes in underwear, so you see what everybody is working with from the jump,” says Breaux Greer, an American javelin thrower. “Even if their face is a 7, their body is a 20.”В

And even more Olympics ridiculousness that I’m loving right now: the U.S. swim team’s take on “Call Me Maybe.” Almost more fun than the Games, themselves!