The other day, a co-worker introduced me to the awesome Tumblr, My First Computer, where readers submit photos of themselves with (surprise!) their first computers. In typical Tumblr fashion, most snapshots feature people in their ’80s glory alongside clunky computers of the time: You get the idea. After scrolling through the posts, I was tempted to send in a photo of me with an ancient computer. But it’s not from 1985. It’s from 2005: 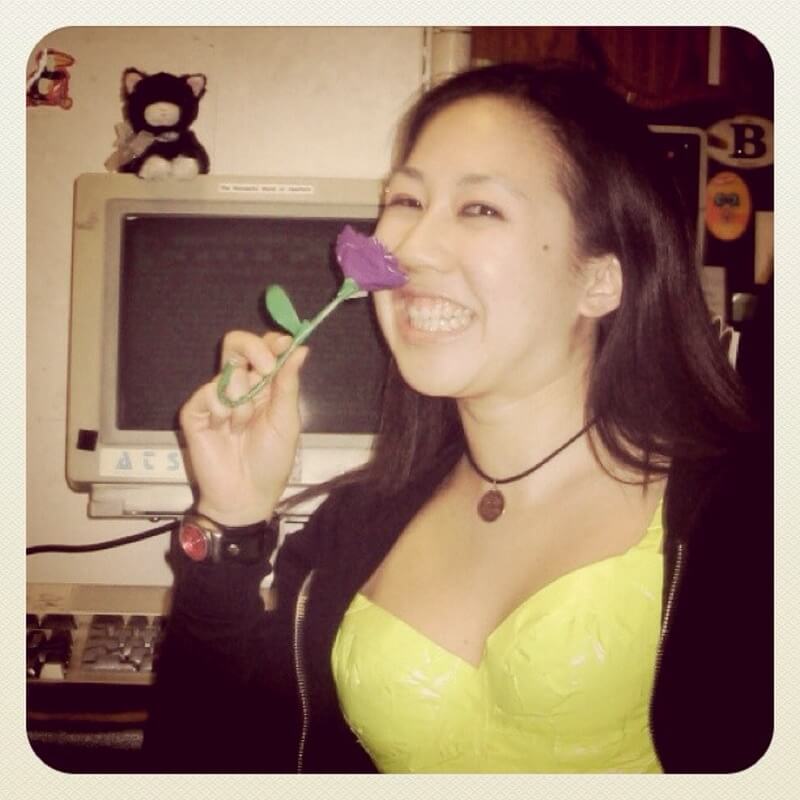 From 2004 to 2006, I worked at the Boston Herald (which was a great gig). At the time, they were just starting to move the newsroom off an ancient computer system–called Atex–and onto PCs. The shift was gradual and done by seniority–so as a lowly editorial assistant, I was not at the top of the list to receive one. And I never did. For the two and a half years I worked there, I used that crazy-looking, 1970s-era computer in the photo above. It had no mouse (all on-screen actions were done via a series of commands), no internet (and therefore no e-mail), no color (just green characters on a black screen) and no audio or video capabilities.

I’m still amazed at everything I was able to accomplish on that machine. At the time, Facebook, YouTube, blogs, podcasts and digital music were in their infancy–and I covered all that (and hundreds of other stories) on a computer straight out of All the President’s Men.

I was thrilled to get a normal computer at my next job. But I still have fond memories of Atex. In fact, there are some days when I sit at my PC and wish I could tab over a row of text and capitalize or lower case each letter with the click of a button–like I could on Atex.

(In case you were wondering, I’m wearing a shirt made of duct tape in that photo. My co-worker was covering Duck Brand’s duct tape prom outfit photo contest and I decided to prove that yes, you really can make clothing out of duct tape.)