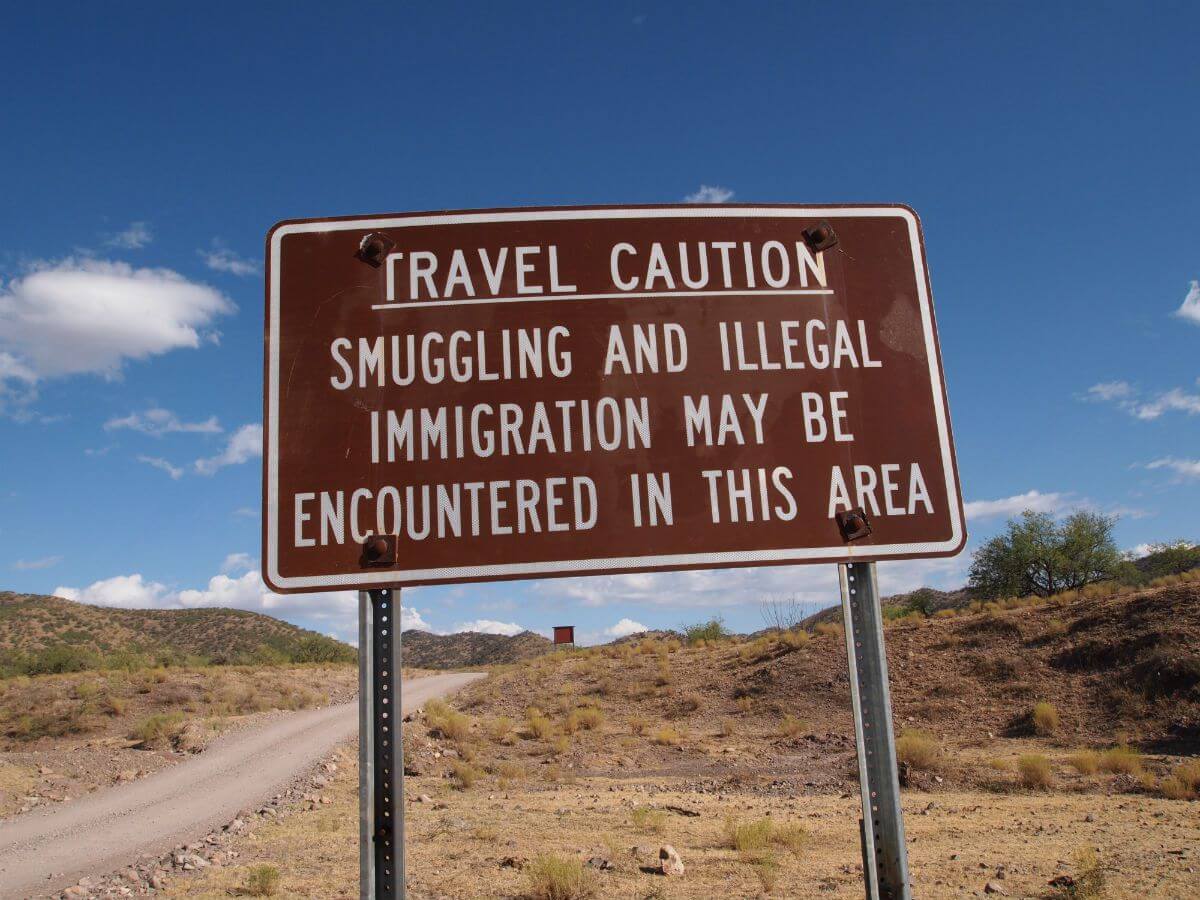 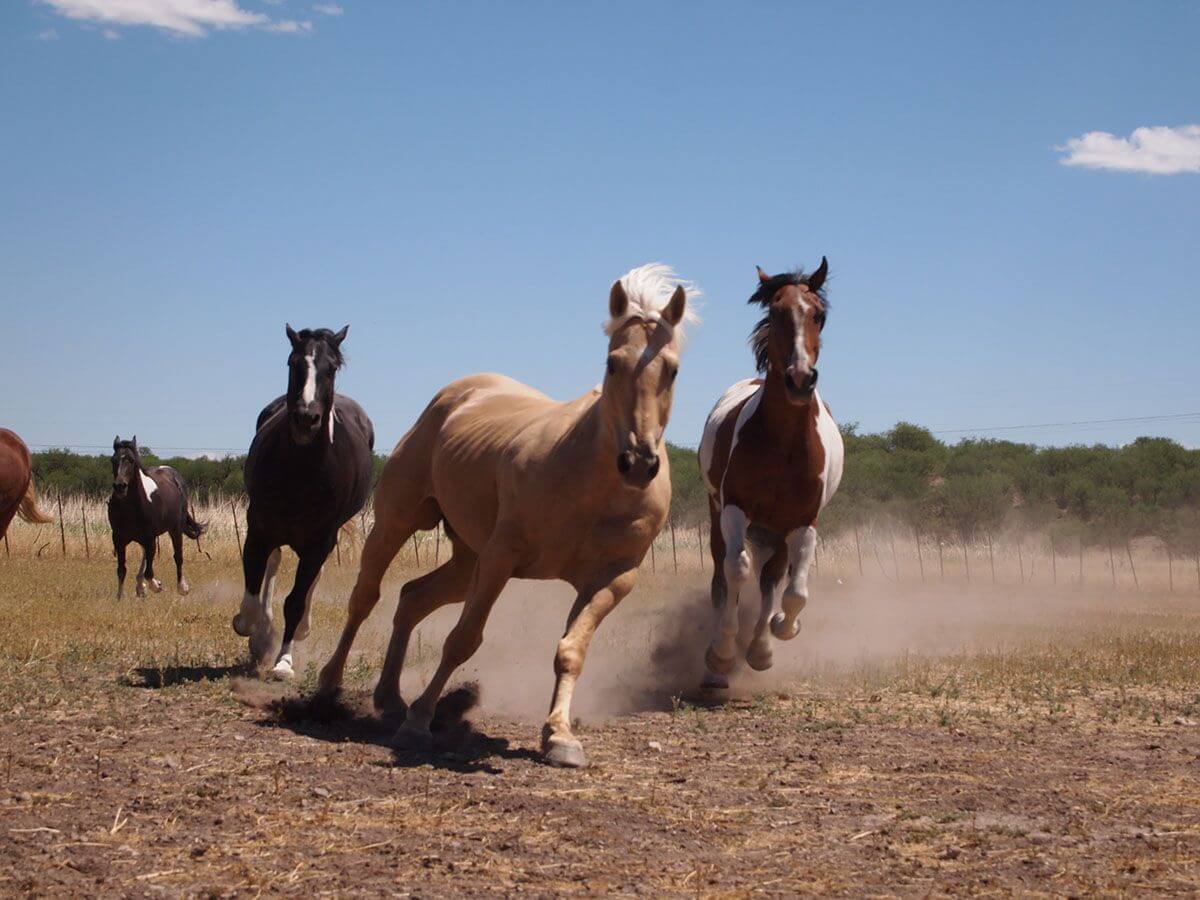 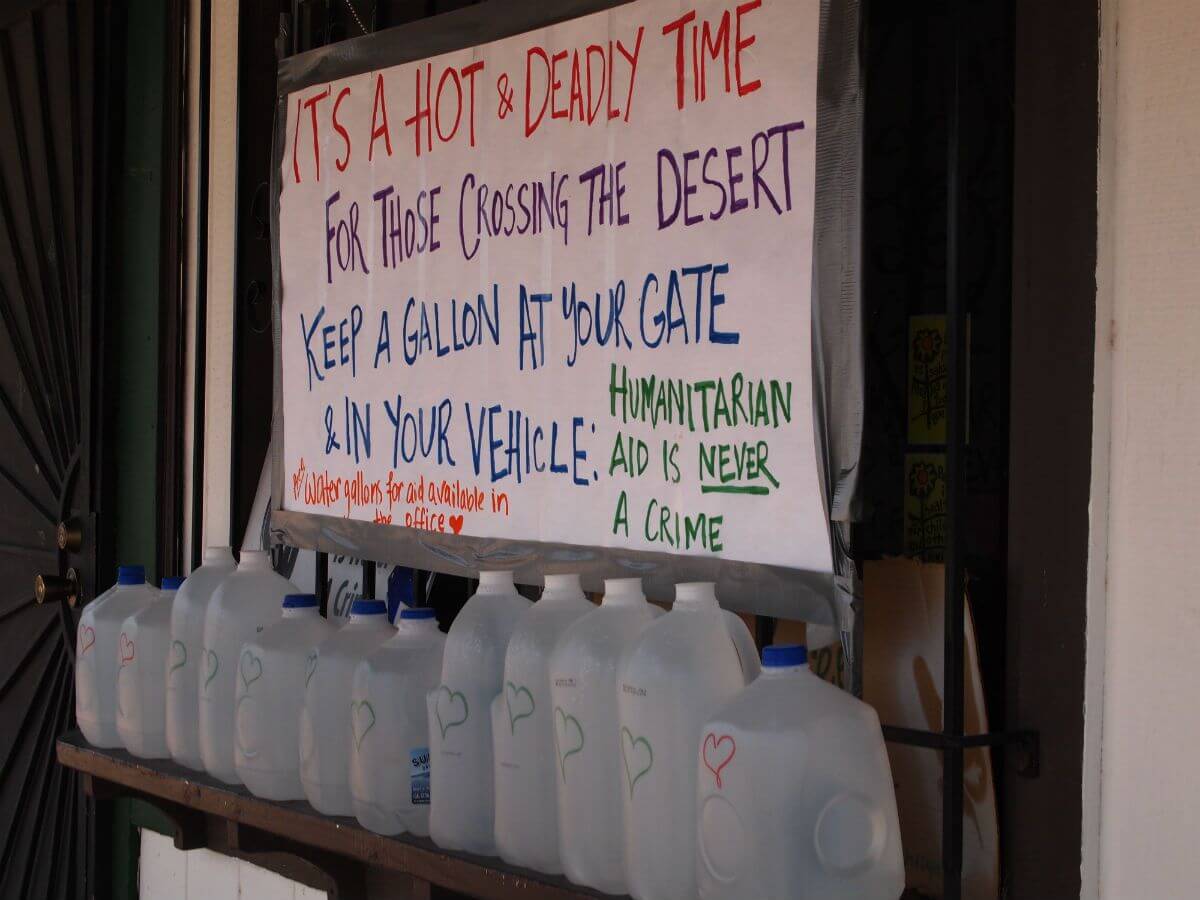 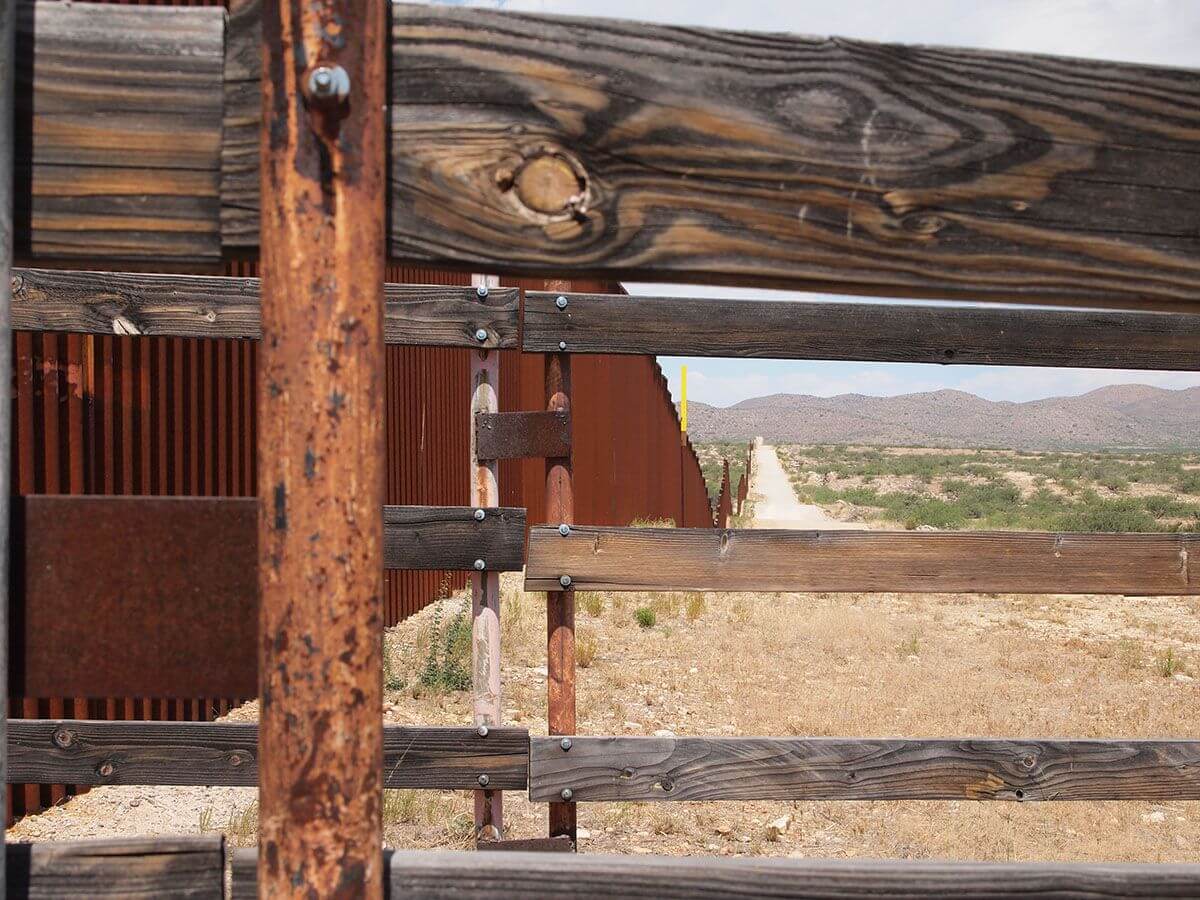 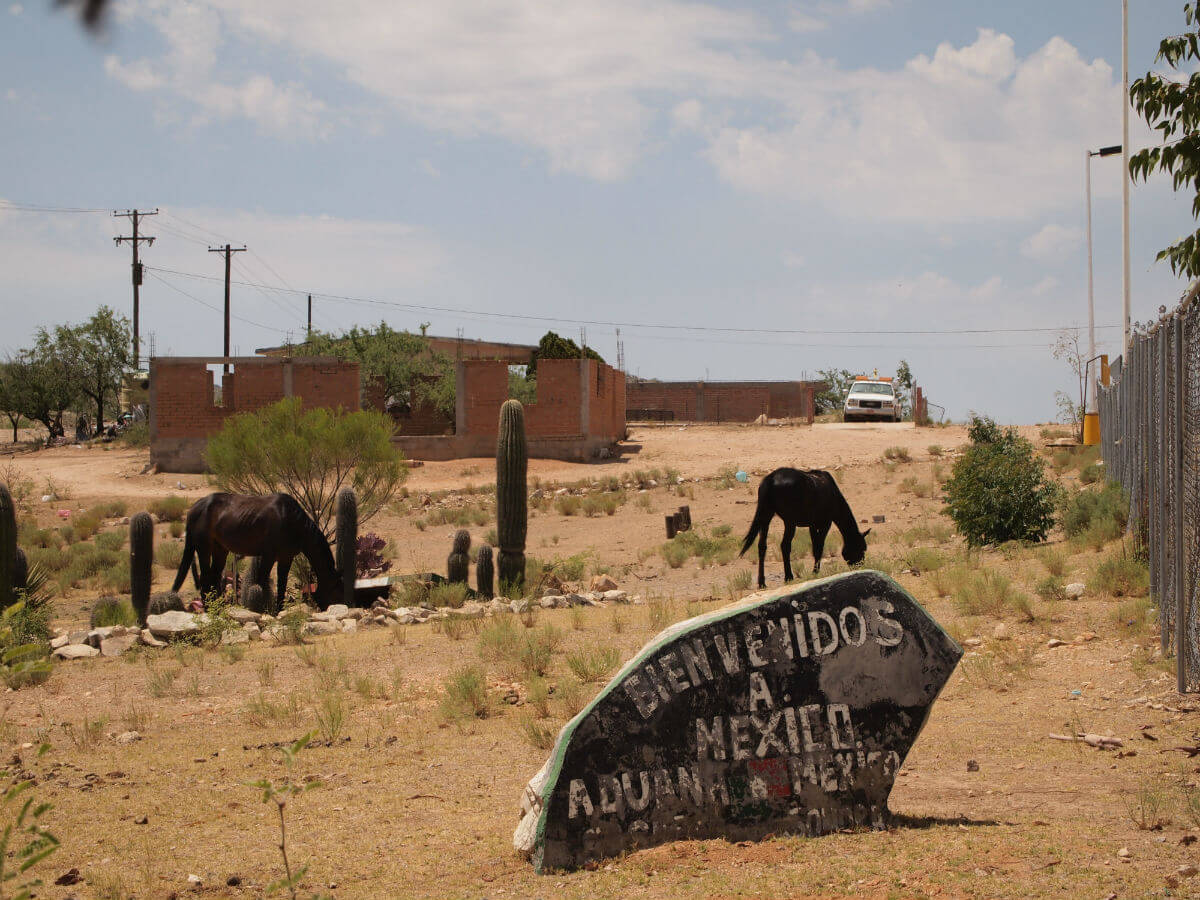 Two Tuesdays ago, I returned from my long weekend trip to the Grand Canyon. It was exactly the quick escape I’d been craving, but it wasn’t as idyllic as we’d planned. While I was able to deal with my cold enough to get outside and enjoy myself, poor Mal, unfortunately, was battling some awful ailment that worsened as the trip progressed and kept her hotel-bound for most of the trip.

Peter, his brother, Paul, and I still got in a few hikes, despite felling bad that she couldn’t join us. (Mal insisted that we all go without her.) And luckily, Mal was able to see the canyon a few times from the rim—and that alone, I think, made the trip worth it for her. I think. And in the end, she got all of us sick, anyway, and I was still glad we went!

Anyway, here are some highlights from the trip:

The car we rented.В I don’t even drive, so I feel weird saying that our car was one of the best things about the weekend, but it really was. Before our trip, Mal and Peter had reserved an economy car from Hertz. But when we flew into Phoenix very late on Friday night, the rental agents informed us that they had run out of small cars—and would we mind a free upgrade to a Mustang convertible? Um, you can probably guess what our response was.

After spending the night at the Aloft by the airport, we set out to the GC via Flagstaff with the top down and the music up. Within minutes, we stopped feeling like ridiculous tools and were loving driving in the open air. It kind of reminded me of being in the back of a pickup truck in Guatemala—but way safer and more comfortable! 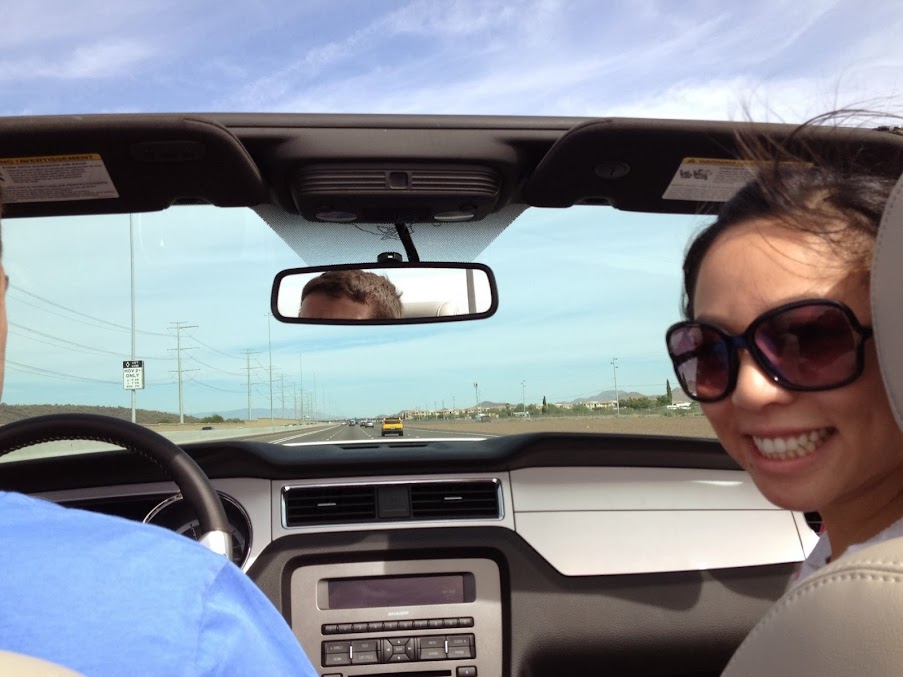 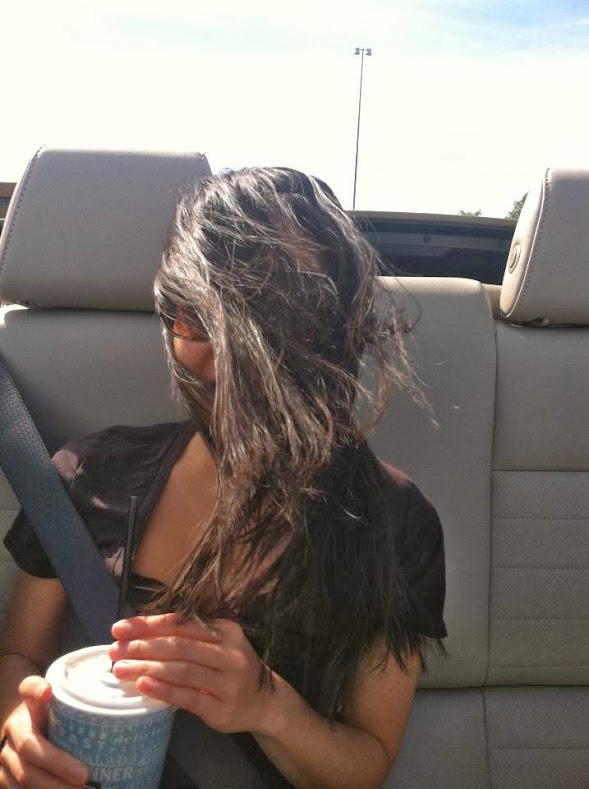 It was also a tad windy at times!

Once we left the Phoenix city limits, the scenery became more desert-like, as the highway wound through cacti-covered hills and scruffy, rural land. I am so easily wowed by any non-urban landscape, and really enjoyed the views. 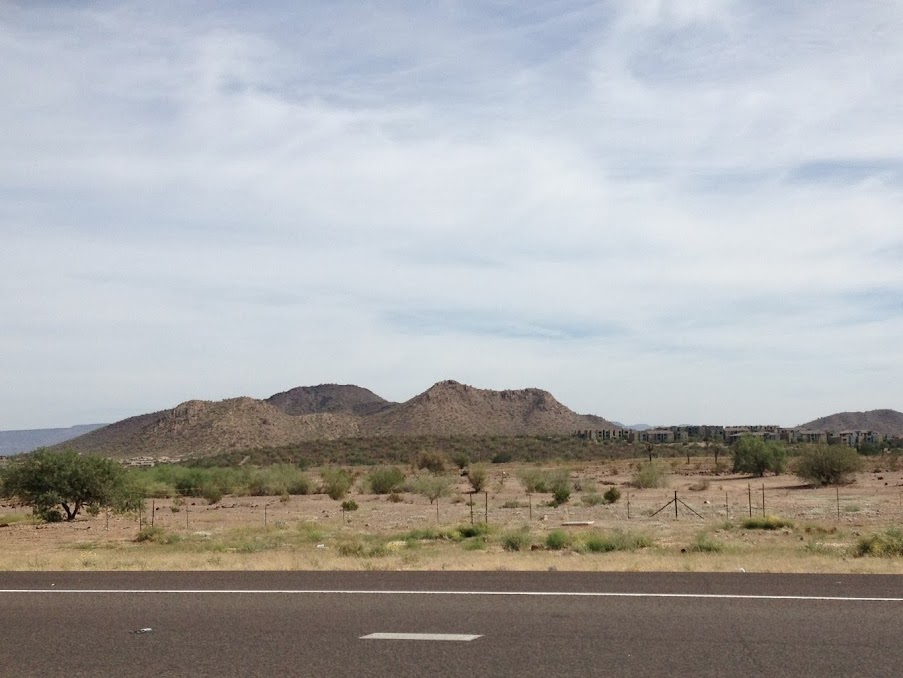 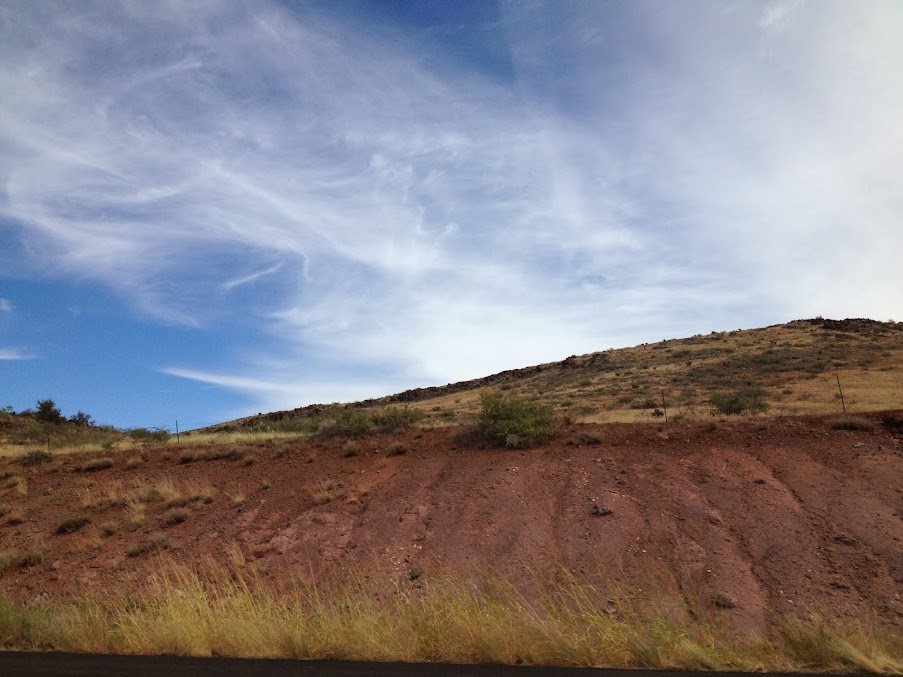 Flagstaff. Paul drove to Arizona from Albuquerque, and we met up with him in Flagstaff. We only had a few hours to spend there, but I wished we’d had more time to explore. The historic downtown runs along Route 66 and has lots of funky little cafes, coffee shops and boutiques. 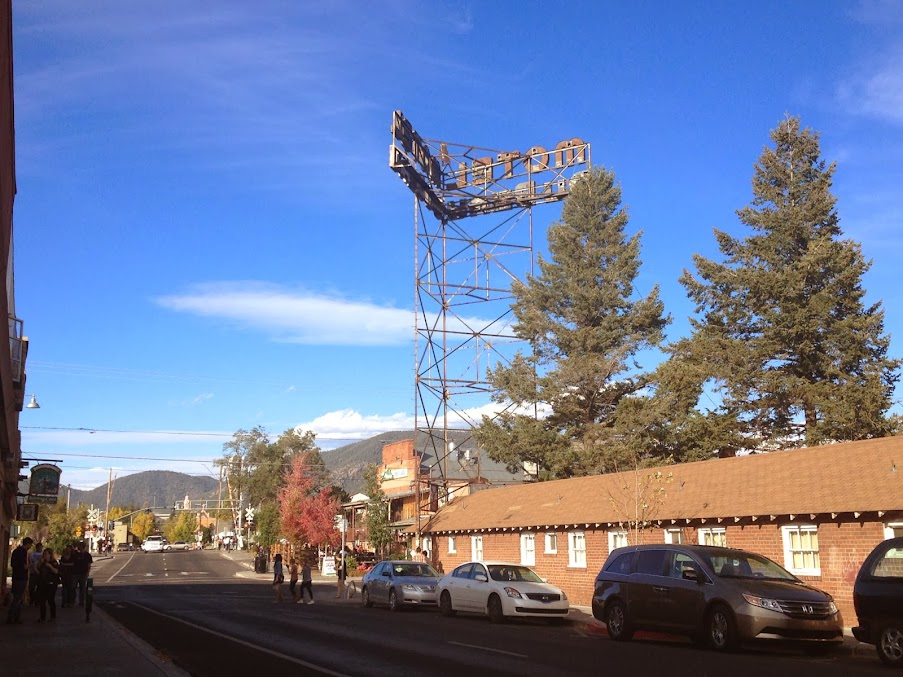 We were in the mood to sample some local brews, so we opted for lunch outside at Beaver Street Brewery.В I had the (very girly) raspberry-flavored Bramble Berry Brew and a wood-fired pizza. It was tasty—and it ended up being the best meal of the trip. By far. (More about the underwhelming food later in the post!) 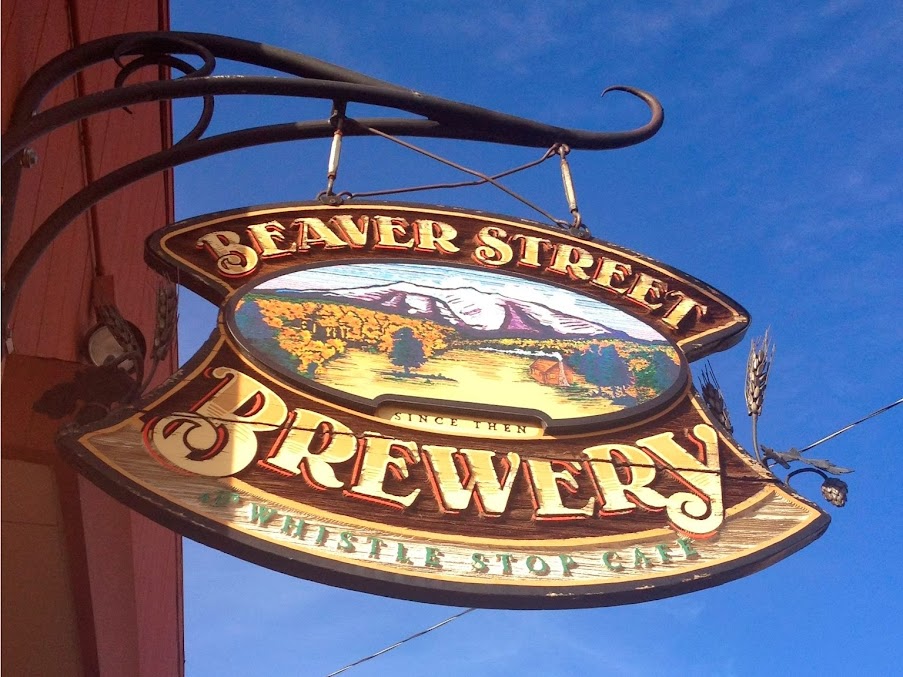 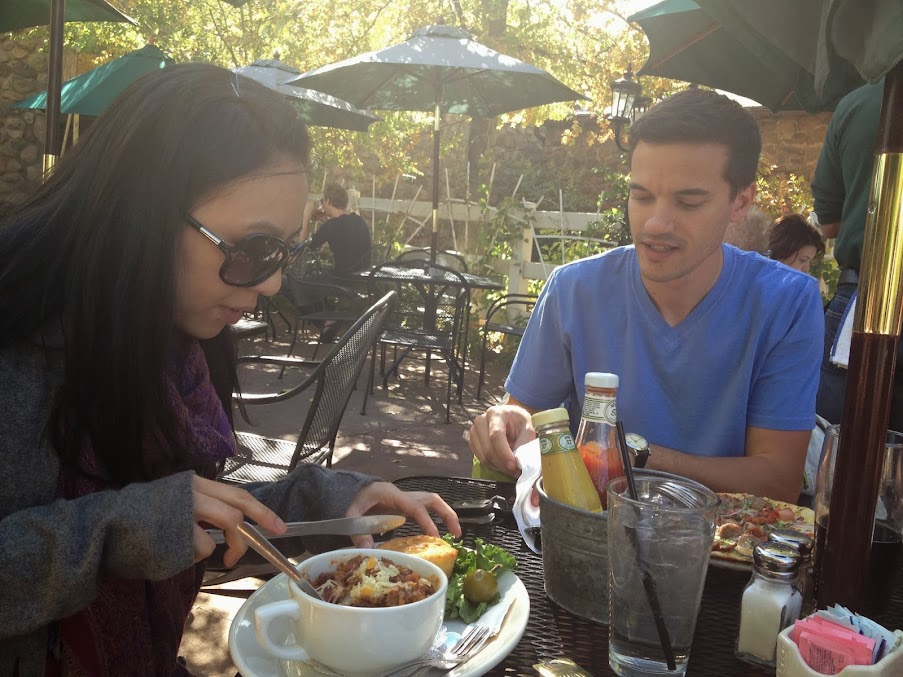 The Bright Angel Trail. On Sunday, Peter, Paul and I met up with Drew and Britney, two of Mal and Peter’s friends who live in Arizona and met us for a day. They only had a short time to hike, so we did a portion of the Bright Angel trail, which descends into the canyon, eventually ending at the bottom.

As a do-something-all-the-way-or-don’t-do-it-at-all girl, I, of course, was tempted to make it to the bottom and back in one day—nevermind that we started hiking a noon. But notices all over the park and the NPS website warn against it, probably because they’re sick of rescuing too many overly ambitious tourists from the canyon. In fact, at every trailhead, there’s a sign that asks, “Can you run the Boston Marathon?” and tells the horrible story of Margaret Bradley, an athletic med student who ran a 3-hour Boston Marathon, but died from heat exhaustion while hiking the canyon in 2004. (The trail she was on was nearly twice as long as she thought and she didn’t have enough food or water for such a long hike.) A fair warning, but, wow, a morbid way to begin a trek. (Though I’m sure tons of people have made it to the bottom and back in one day—Britney’s parents did once! And really—when would you ever see a sign like that in another country?) 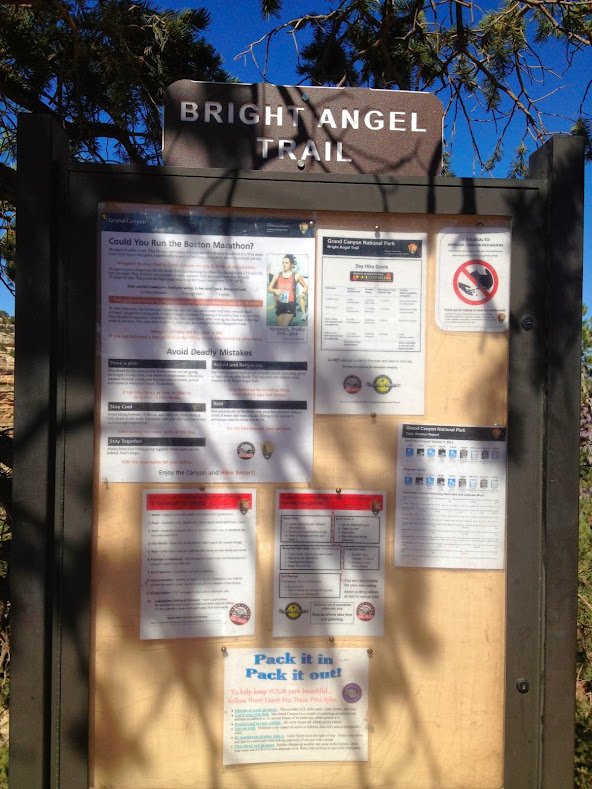 The Bright Angel trail is well-trodden and people of all ages were walking it. I’ll admit, I was a little unnerved when I first set foot onto it, though. I’m used to hiking mountains and volcanoes without steep dropoffs. Seeing how deep the canyon goes was a little freaky, at first! But within a few minutes, my fears were gone and I just enjoyed the views. 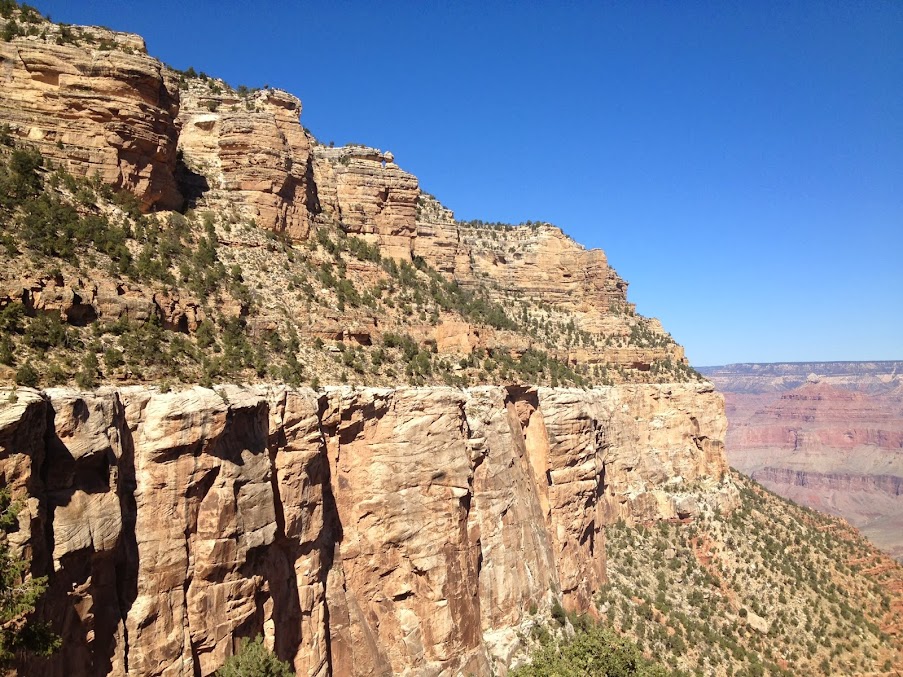 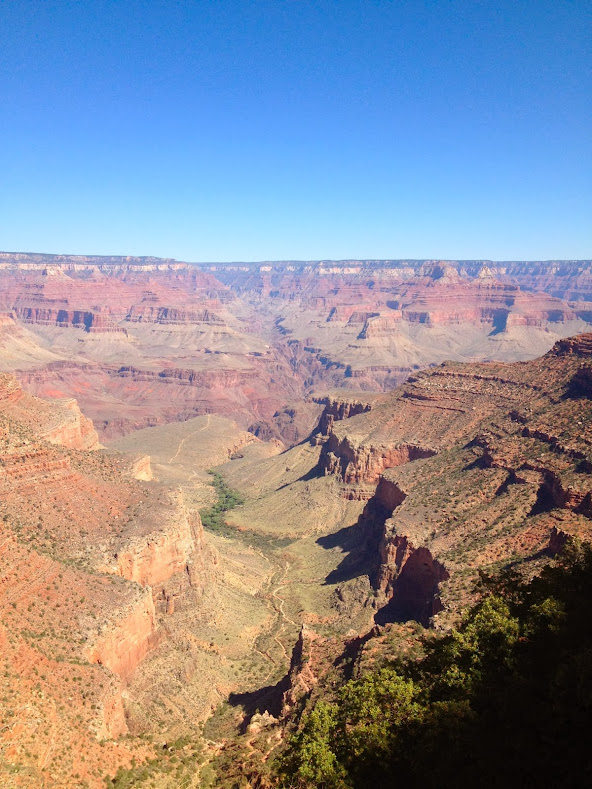 Sunset at Desert View Point. We made the 25-mile drive to check out the Watchtower. ItВ was built in 1932 but now houses a.gif"ltr" style="text-align:center;"> 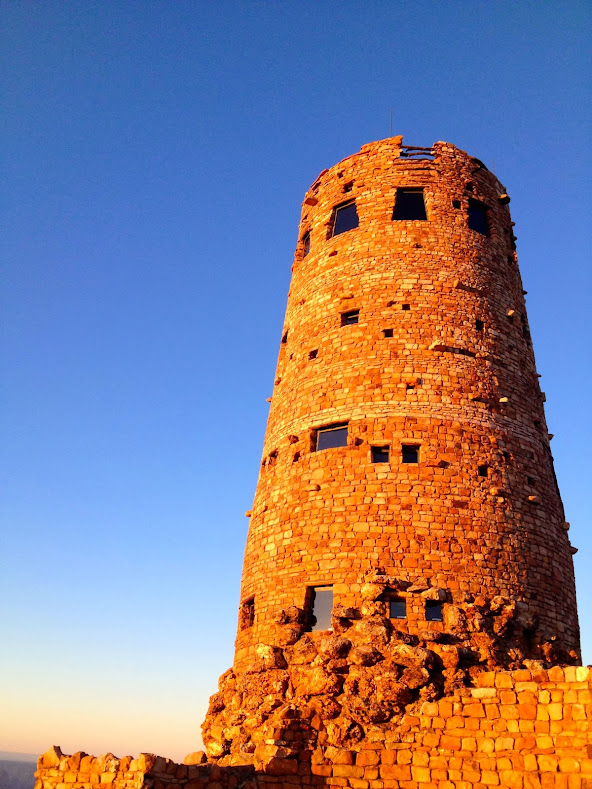 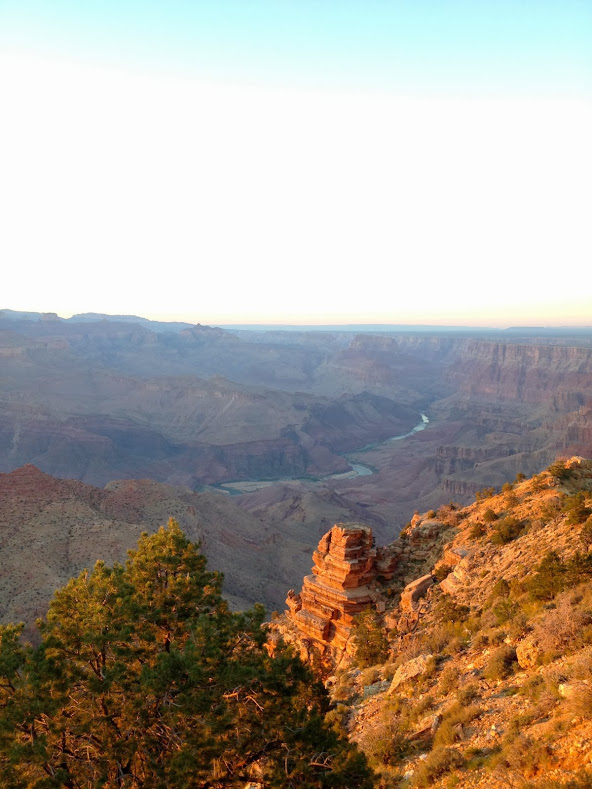 the view near the watchtower

South Kaibab Trail. Honestly, I think we picked this hike because while we were reading all the trail descriptions, we nicknamed this one the “Kabob Trail”—and were more amused at that than we should have been. Plus, a fellow travel blogger, Drew, recommended it because it takes you through a good portion of the canyon. He was right—the scenery varies quite a bit within a short distance, so it was the perfect afternoon hike. 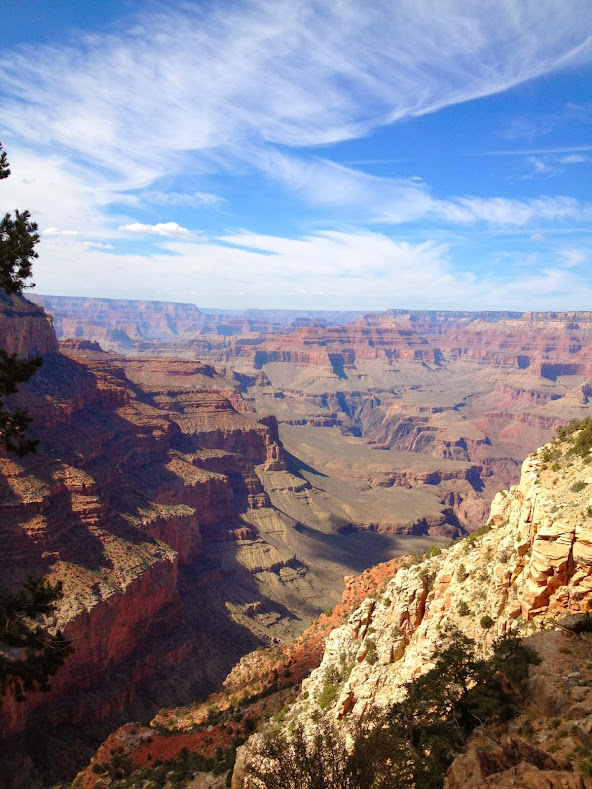 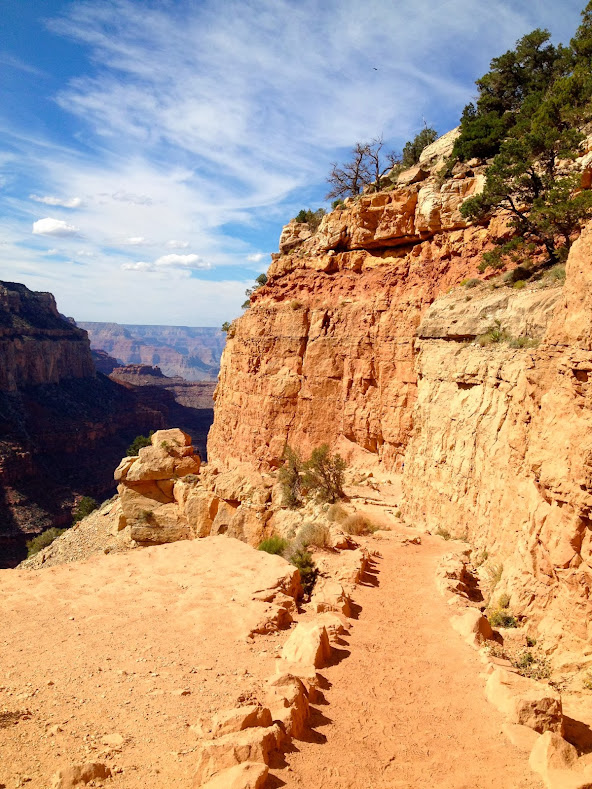 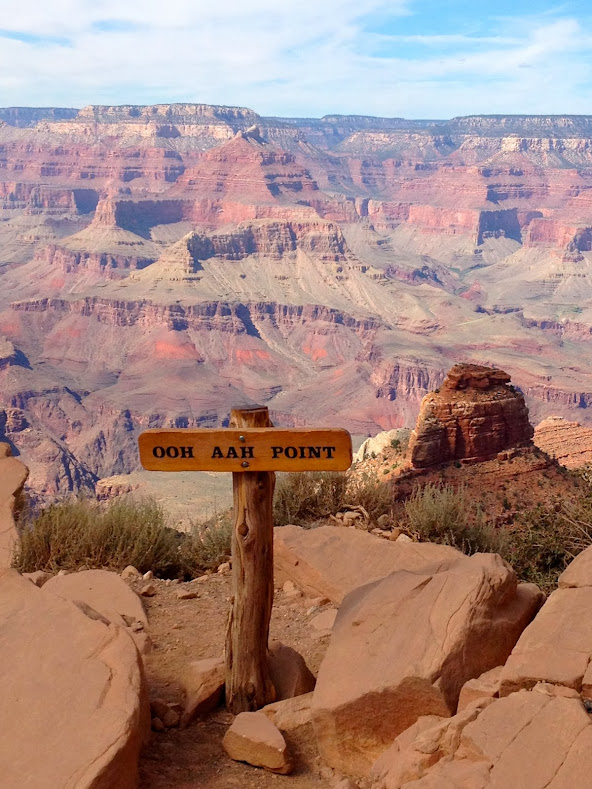 A very aptly named point on the trail!

We hiked down to a point called Cedar Ridge. We’d decided on that as our turn-around point because…there was a bathroom there. 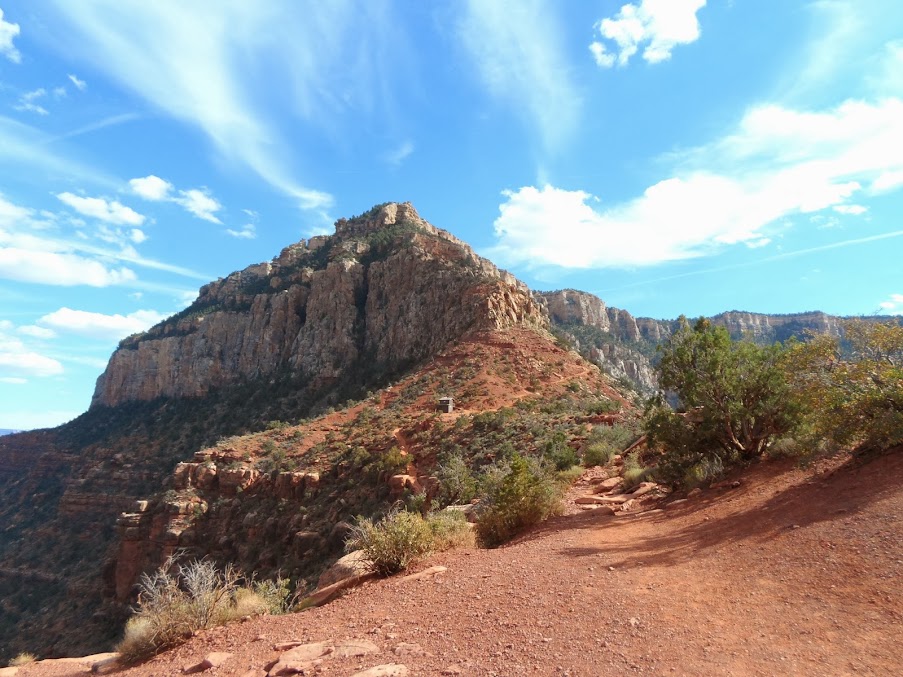 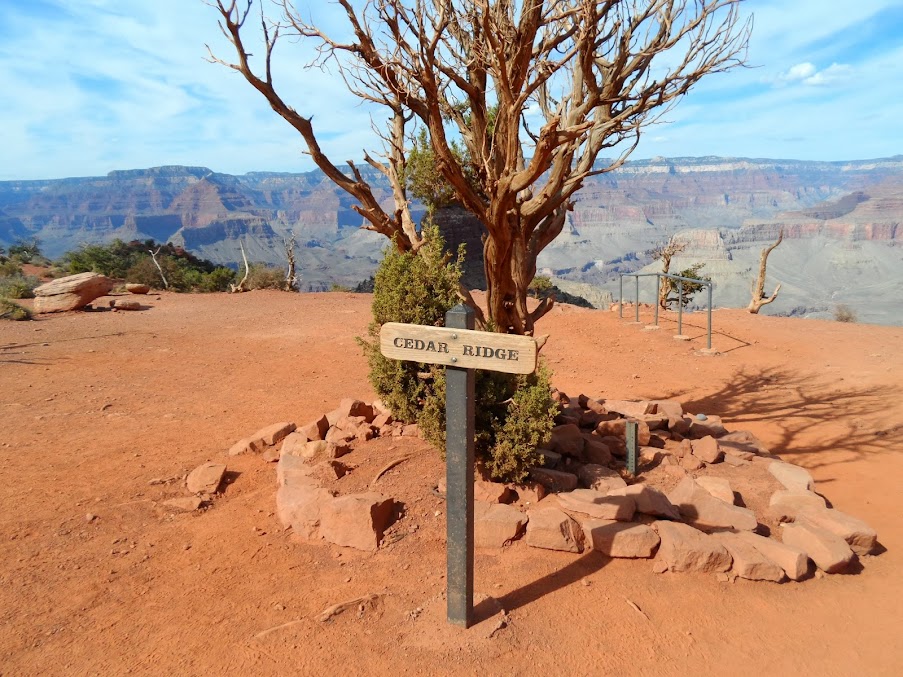 Then, we headed back up and out of the canyon. 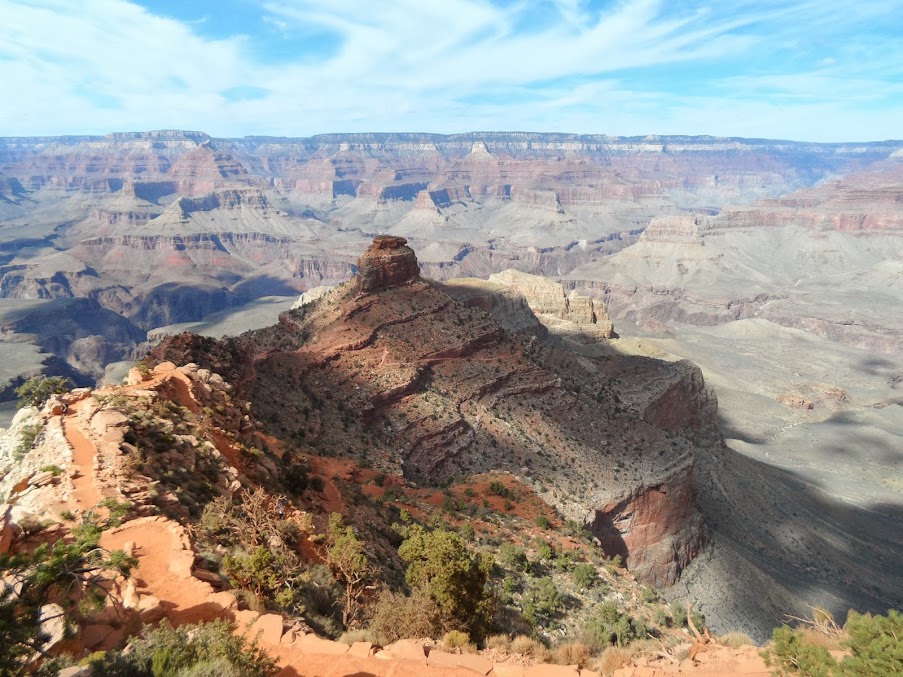 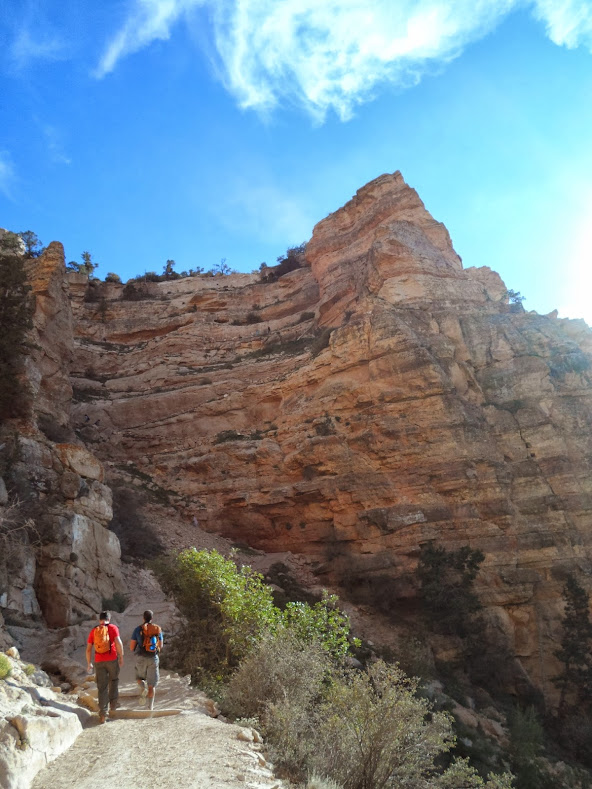 …So what was the worst part of the Grand Canyon? The food! Tusayan, the nearest “town,” where we stayed, is really lacking in good restaurants. Everything we ate was mediocre, at best. (No joke, we had two meals at a place called “We Cook Pizza and Pasta”—though not very well, I might add.) Can someone please open up a good brewpub there?

Have you been to the GC? What was the highlight of your trip? Happy Friday! I’m still feeling a tad under the weather, but definitely not bad enough to ruin my vacation. Tonight, Mal, Peter and I are flying out to Phoenix and then driving to the Grand Canyon on Saturday. (And meeting up with Peter’s brother along the way—nothing like sibling weekend trips!) Once we’re there, we’re hoping to get a few good hikes in.

Every single person I’ve spoken to in the past week has already been to the Grand Canyon and says that it’s just amazing. It’s taken me nearly 30 years to make it there, but I’m excited to see it for myself. And if you have any tips to share, please let me know! Okay, I know I just got back from GuatemalaВ and should have no business going away anytime soon. But this evening, I booked another trip. For next weekend. Mal, Peter and I are going to the Grand Canyon!

Somehow, none of us have ever been and we decided it was time to rectify that. We won’t have a lot of time there—just four days by the South Rim—so we likely won’t make it to the bottom. (Also, mule rides are out of the question. I’m horribly allergic to horses…which I found out the hard way on an 8th grade field trip to a dude ranch.) But we’re hoping to get in a few good treks—and lots of great photos!

If you have any tips about where to hike, what to see/do/eat, please let me know. We’re flying in and out of Phoenix. Also, I feel like it’ll be pretty tough to get away from all the touristy stuff, but if you have recommendations on how to do so, I’d love to hear!