My kinds of V-Day greetings: 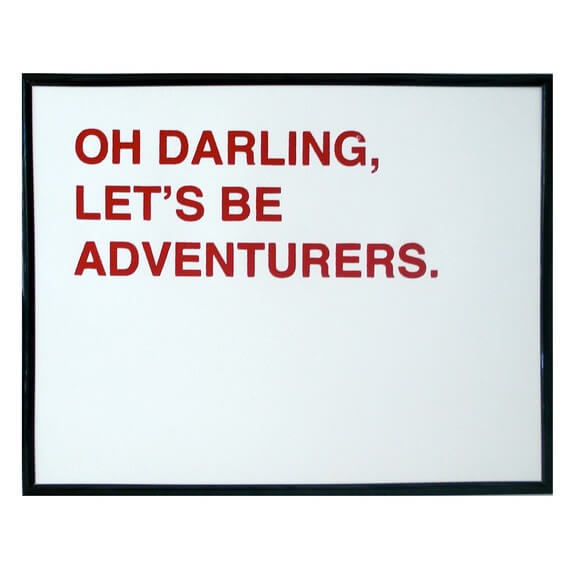 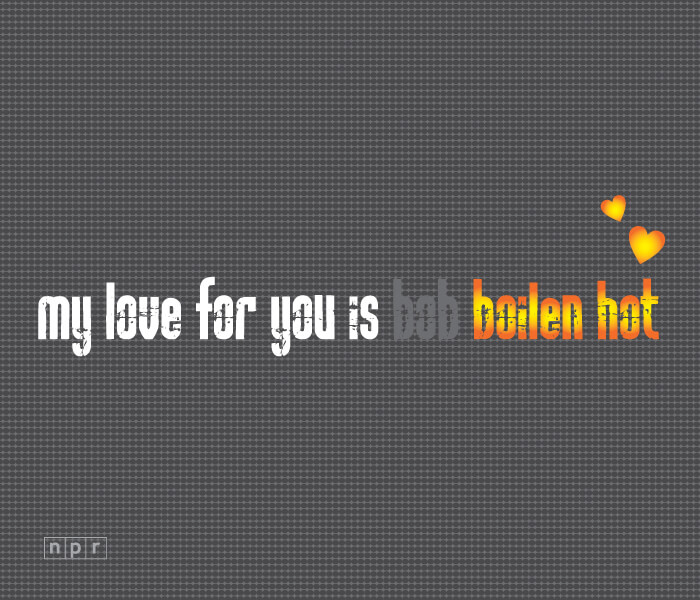 Wishing all my loved ones, fellow wanderlusters and NPR geeks a great day.

My family usually celebrates Chinese New Year in Manhattan, but last year, we had an especially hard time getting a reservation. All of our favorite places were booked, so we ended up at the monstrous Jing Fong, which, while decent for dim sum, was overwhelmed during the height of holiday dinner service. We waited forever for each course and, quality- and service-wise, the meal didnвЂ™t measure up to dinners of new years past. To ensure we wouldnвЂ™t have a repeat experience, my family moved our Year of the Rabbit dinner across the river to Dyker Heights in southwestern Brooklyn.В My grandparents recommended New Spring Garden (912 65 Street, Brooklyn), a restaurant I hadn’t been to or heard of, and made an early reservation.

It couldnвЂ™t have been a better choice. The service was first-rate. The courses came out at a good pace and the food was very fresh. We started with jellyfish with preserved vegetables (which had a nice seaweed salad with the veggies), followed by crispy jumbo shrimp and two types of pork: salt baked pork chops and Peking pork chops.В Then the food started coming at a faster succession. We had scallops with black bean sauce, braised tofu and veggies, Chinese broccoli, and traditional lamb stew with bean curd. Lo mein (noodles symbolize longevity) and a whole chicken (also considered a lucky dish during New YearвЂ™s dinner) rounded out the meal.

I don’t know much about Dyker Heights, but it borders Sunset Park and I assume some of the Chinese population has moved outwards from there. I’m finding that this area has some of the best authentic Chinese food in NYC. New Spring Garden is within a few blocks of East Harbor, a Chinese restaurant that Anthony Bourdain featured on No Reservations and has, in my opinion, stellar dim sum. If the neighborhood weren’t so hard to get to (we rented a Zipcar), I’d be there every weekend. 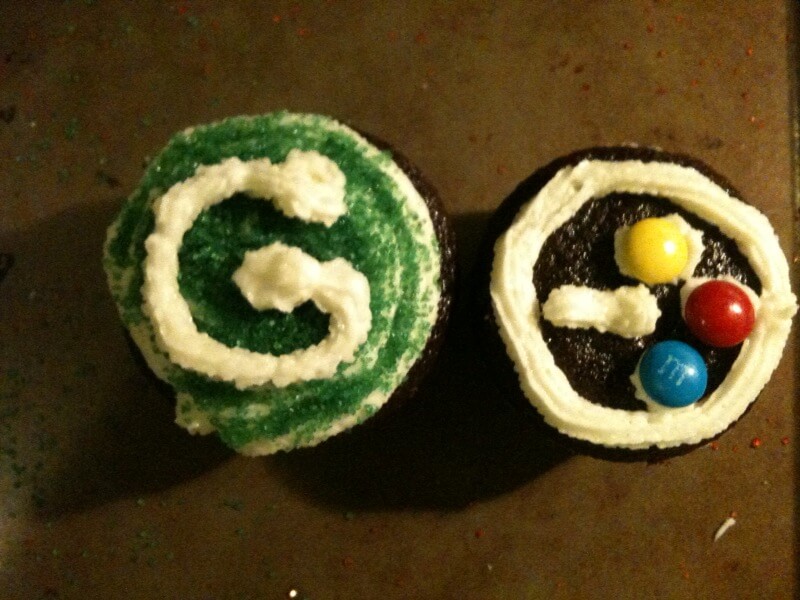 I could really care less about the Super Bowl and either team playing (especially after the Jets lost!), but I’m always up for having a good time with friends, eating like a maniac and baking and decorating cupcakes. 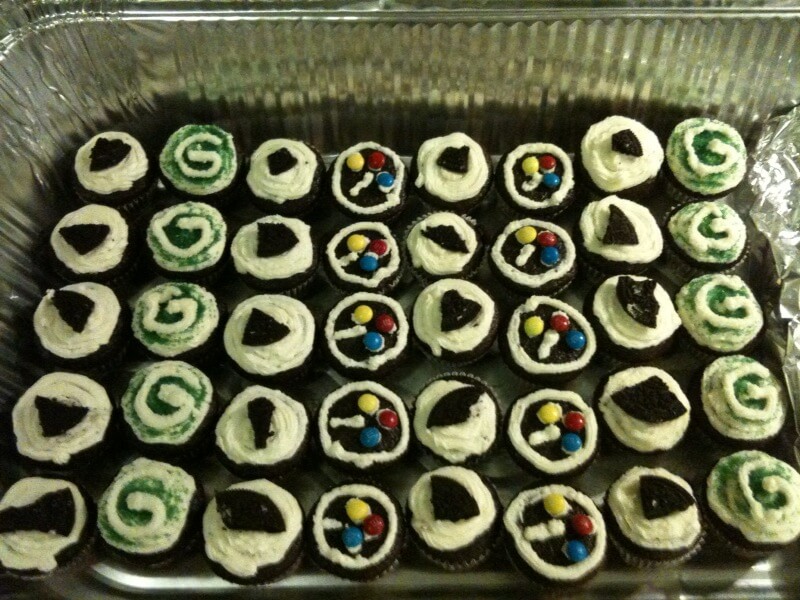 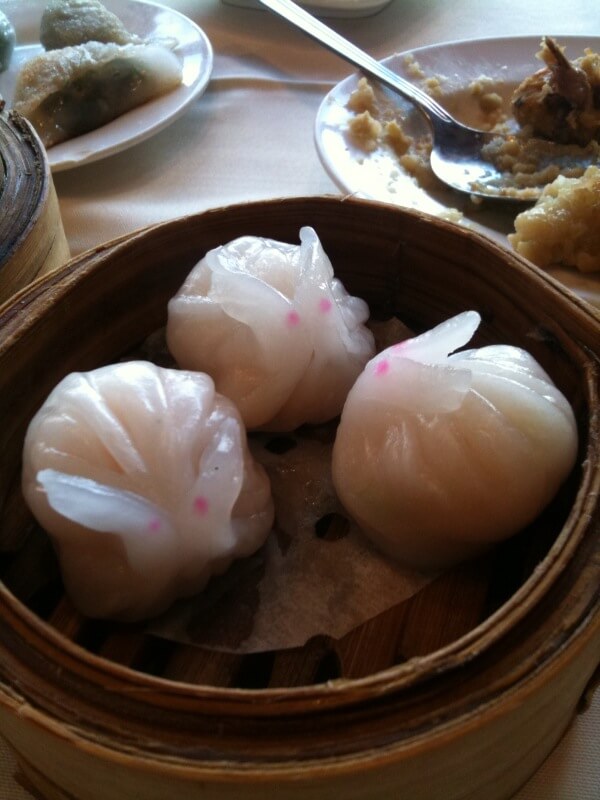 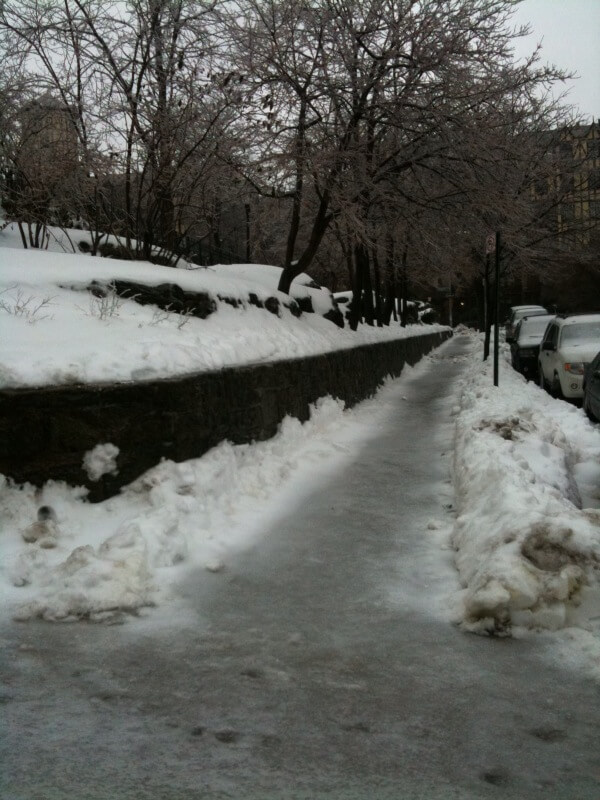 When I got home at 10 p.m. last night, the streets were dry and there was nothing falling from the sky. That’s why–despite all the dire weather predictions–I was shocked to find my neighborhood like this, this morning. An inch of ice covers the streets and sidewalks and all the trees and shrubs are drooping under the weight of frozen water. Watching people clinging together for support and taking shaky baby steps as they “walked” to the train would have been more amusing if I weren’t doing the same thing, nearly wiping out several times in the process.

…It’s hard to believe that just a week ago, I was sipping coconut water and sunbathing in Negril!

My sister was off from her grad school program during August, and for one week, she and my parents hung out in Long Branch. They stayed at the arty, new Bungalow Hotel, relaxed on the beach, ate good seafood. They also happened upon a good rate at the MGM Foxwoods at the end of the week, and decided to tack that on to their time off.

I think the fam felt bad that I, and the boyfriends, had been at work that whole week, so they booked an extra MGM hotel room for us young’uns. I never turn down an excuse to get out of town — no matter how brief — so that’s how the boys and I ended up driving to Foxwoods that Friday night.

Traffic was pretty bad, so we didn’t get there until nearly 8:30, more than three hours after we left the city. The first thing we did, after dropping our stuff in our room (which was very nice with the modern, dark wood aesthetic and big bathroom), was eat.

We had dinner in Shrine, the MGM’s Asian restaurant/club, which is built in the Tao/Buddakan vein. The meal was fantastic. The rare tuna steak I had was one of the best I’ve ever eaten.

Afterwards, we walked around the MGM and the main Foxwoods casino. I have never understood the appeal of casinos. They’re always kind of low-ceilinged and carpeted, and there’s never windows or natural light. I get that the atmosphere makes gamblers stick around longer, but it makes me want to get out of there asap. Plus, I’m way too frugal (ok, cheap) to risk my money on something I’ll never win.

After a very comfy sleep that night, we drove back home the next morning, just about 12 hours after we arrived. Still, it felt like enough of an escape — just getting out of the city for a little bit, during the summer, makes me feel that way.

I was lucky enough to go to Citifield several times this summer, thanks to my lovely parents who were more than willing to share their half-season ticket package. I’m not a sports fan at all, but the Mets are my hometown team and I’ve been to Shea more times than any other stadium: As a kid growing up in Queens, I often went to Mets games on summer camp trips or on weekend outings with the fam.

That said, I don’t miss Shea at all! It always felt gross and dated, heavy and claustrophobic. Citi, on the otherhand, is open and airy with lots of spaces where you can hang out and watch the game. We spent one game spectating from various points around the stadium without going to our last-row bleacher seats.

The Mets won that game and one other that I went to — which were prob the only games they won all season.